After taking a look at the progress of CUSAT, Palarivottom & Aluva stations, here’s a post with new images of Kochi’s Kaloor station! This station is under construction by Soma Enterprise on Banerjee Road which lies smack dab in the middle of the 27.612 km metro line between Aluva and Tripunithura.

The Kaloor station along with the rest of the corridor was originally scheduled to be ready by March 31 2016, but is running way behind schedule owing to contractor issues. It is also not a part of the initial 8 km Muttom – Palarivattom stretch which the KMRL in February decided to first commission by November 1 (which they are unlikely to meet).

Soma Enterprise is aiming to complete the viaduct between Palarivattom and Maharaja’s College by early June, so that trial runs can be extended here from Edapally in August after which it will open for use sometime in the middle to end of 2017. 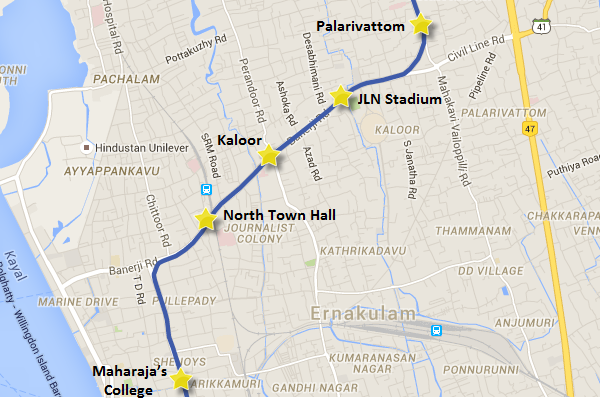 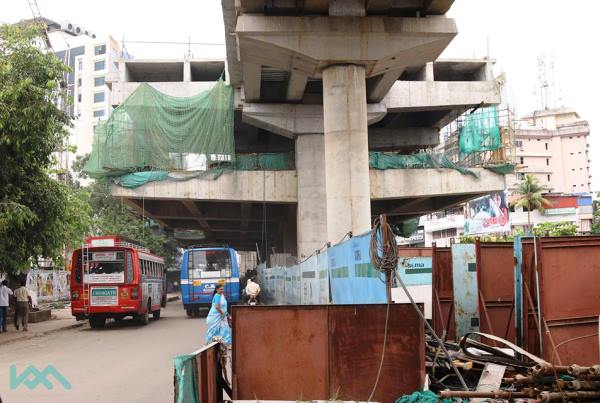 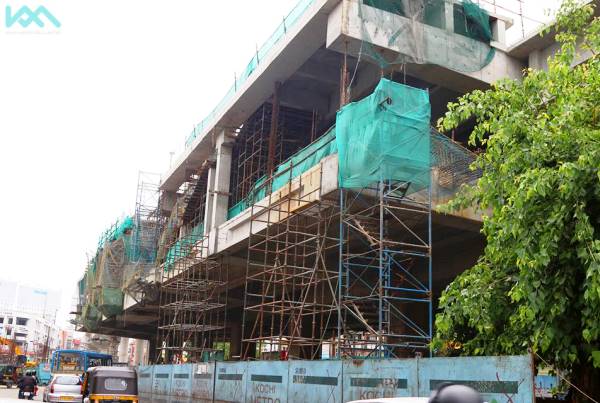 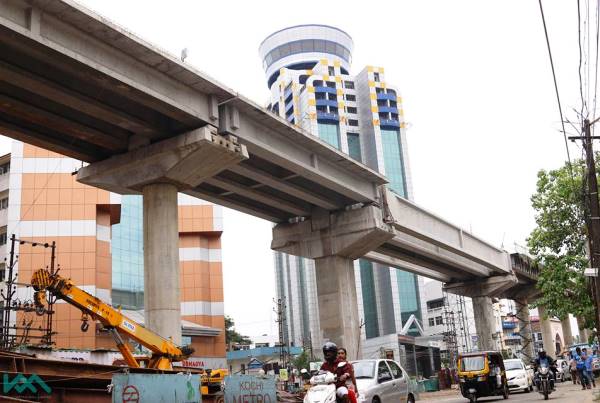 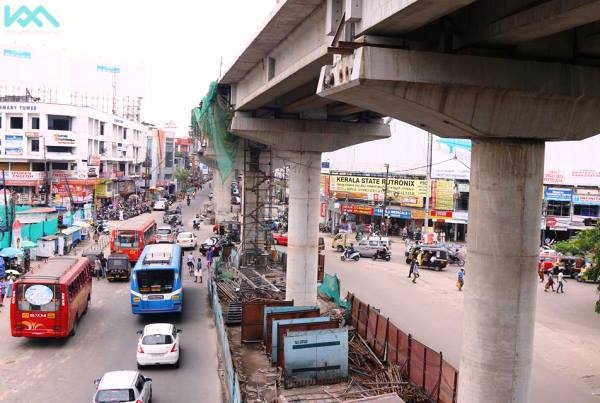 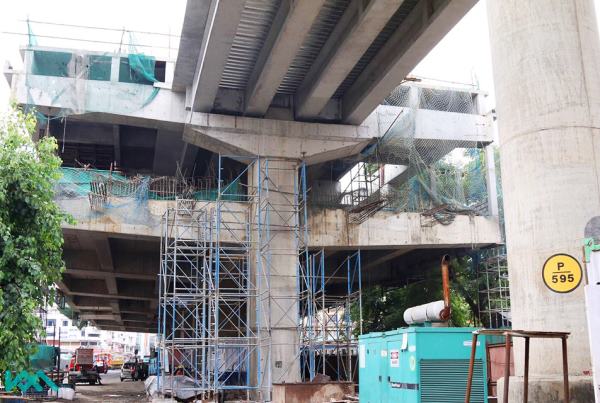 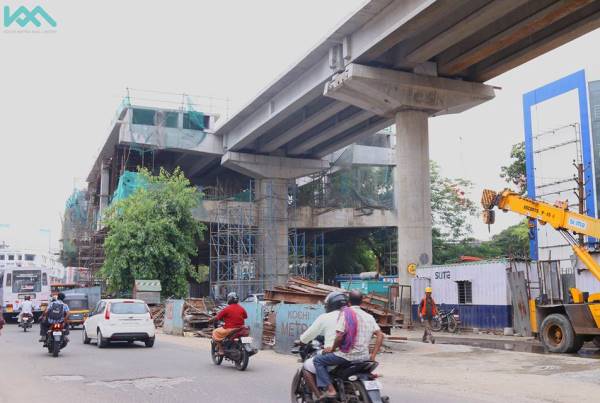 Unlike some of the other stations, the design for this station hasn’t been revealed yet, but is most likely to be inspired by the Western Ghats’ landscape & flora.