A little more than 2 months after being awarded a Rs 332.94 crore contract to construct Bangalore Metro’s 4.869 km Pattanagere – Challegatta stretch, workers from Soma Enterprise Limited have started setting up their precast yard in Ganakal village just off of the NICE Expressway!

This yard will be used to primarily cast & churn out precast segments (see example) to form the viaduct of Reach 2B which will start from the southern end of the upcoming Pattanagere station, include 2 new stations at Mailasandra & Kengeri, and finally terminate at the mouth of the new Challegatta Depot which will serve as the Purple line’s second depot. In Phase 2 of the project, this section along with the under construction 3.945 km Reach 2A between Mysore Road – Pattanagere will extend Bangalore Metro’s operational 18.1 km Purple Line westward by a further 8.814 km.

Satellite view of where the yard is coming up: 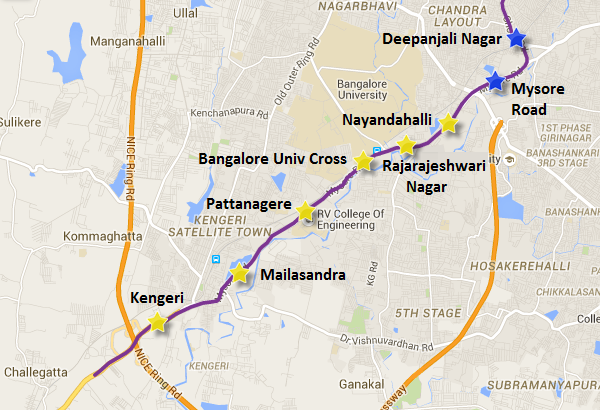 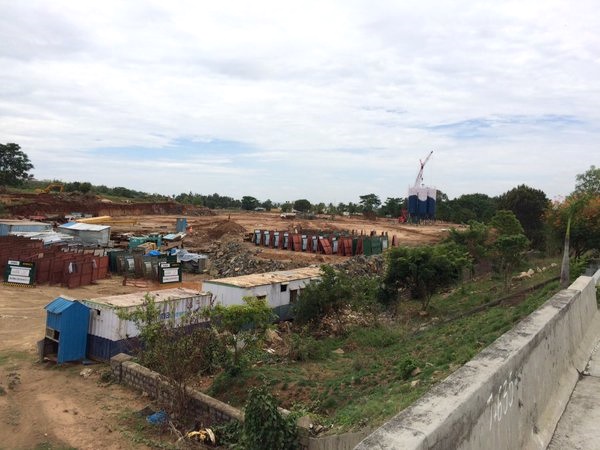 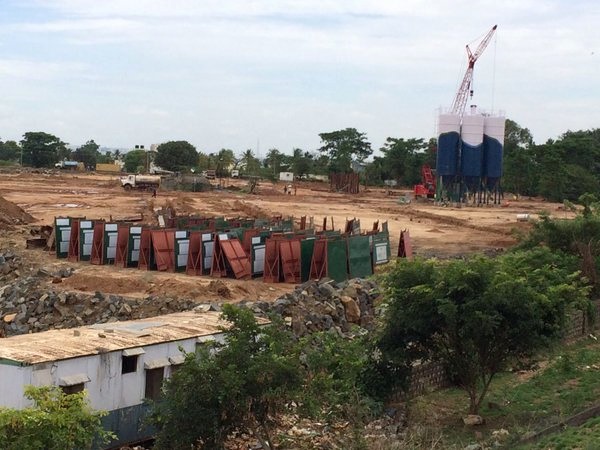 In the coming weeks, the barricades/boards lined up inside the yard will be transported on site so that piling works can begin followed by actual construction which is expected to be completed in 2019.