India’s Railway Minister Suresh Prabhu yesterday inaugurated the first of seven refurbished metro train-sets in Kolkata! The train was built roughly 25 years ago by the now defunct NGEF Ltd. in Bangalore and was refurbished by a team from the Titagarh Wagons Ltd at the Metro’s Noapara Workshop at a cost of Rs 3.6 crores.

The train has now rejoined the fleet and comes with a host of new features (see list at the bottom) to aid passengers but ironically still lacks air conditioning which is quite vital, especially while travelling underground. Following its inauguration, the train made one trip from Noapara to New Garia and back. Over the next 18 months, the rest of the 6 train-sets will be refurbished and pressed back into service one after another.

As per AK Kundu who serves the Chief Rolling Stock Engineer:

The original plan was to commission the first rehabilitated rake in March this year but this got delayed by two months. This is because first time it takes a longer time to carry out such a massive overhaul. Now on, it will take us about three to four months to rehabilitate one rake. Despite hiring TWL, we were also closely involved in the job and put in much labor. 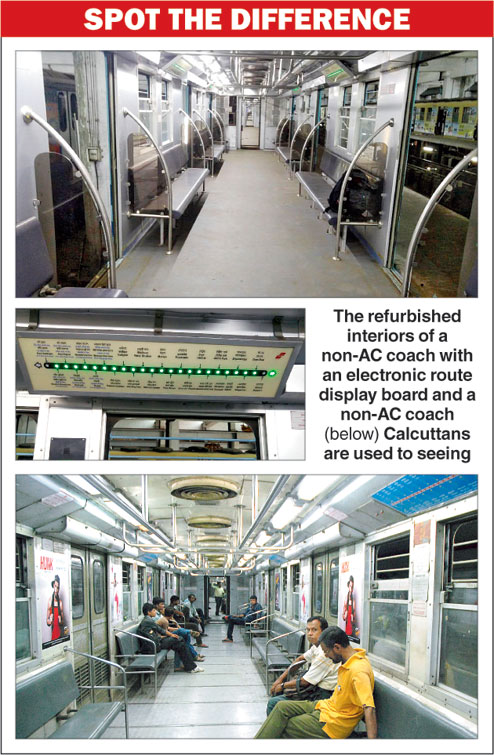