A Rs. 78 crore contract for constructing this station was originally awarded to Consolidated Construction Consortium Limited (CCCL), but was terminated in 2014 due to tardy progress arising from cash-flow issues on the contractor’s end. In mid 2014, the Chennai Metro Rail Ltd. (CMRL) awarded a new contract to URC Constructions to finish the station’s balance works.

This 350 meter long station is the longest metro station in not just the city, but the entire country as it also incorporates a level for the MRTS system’s 24.93 km Chennai Beach – St. Thomas line which has run into land acquisitions issues of its own. On the ground level, the station will be integrated with the Southern Railways & Suburban Railway systems, consist of bus bays for picking up & dropping-off commuters and consist of parking space for about 1000 cars. 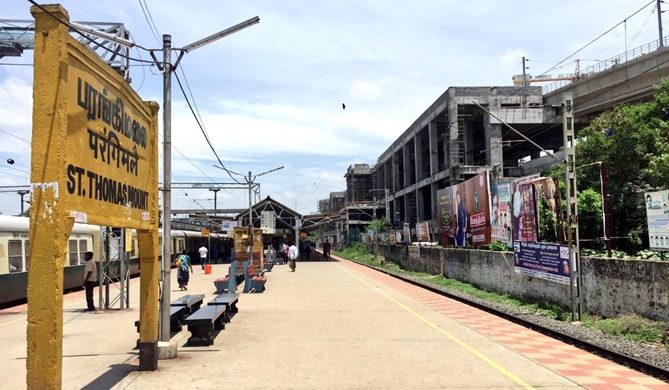 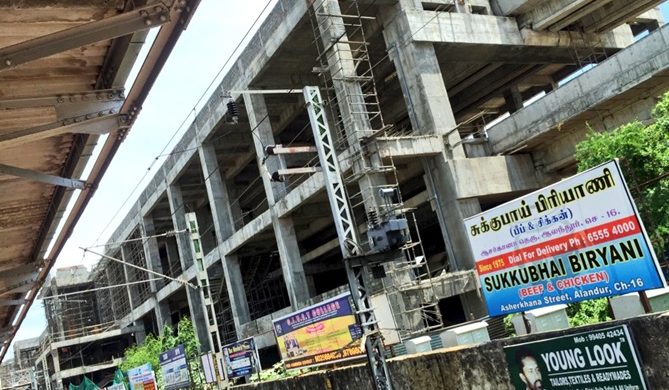 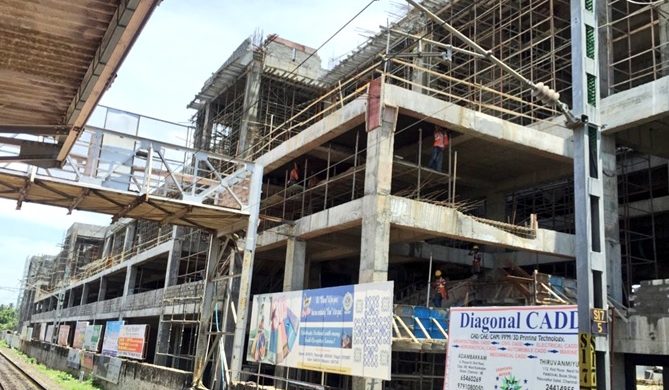 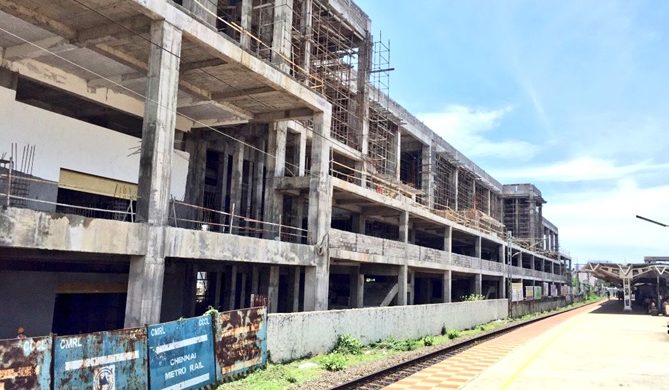 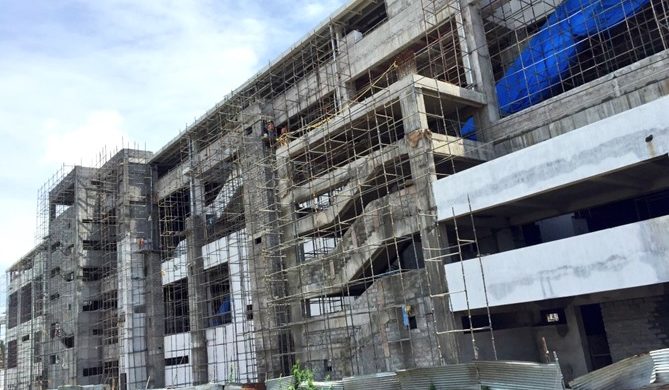 The CMRL will only be utilizing the western end of the station for which the roof is ready & interior works are in progress. Trial runs are expected to begin in the coming months with commercial operations starting towards the end of 2016 or early 2017.  Once the line is operational, trains with the help of a cross-over facility at St. Thomas Mount will be able to run on both tracks between Ashok Nagar & St Thomas Mount instead of utilizing a single track as it is forced to do now between Ashok Nagar & Alandur.