As per a report in the TOI, the Airports Authority of India has approved the design of the Lucknow Metro’s underground station at the Chaudhary Charan Singh Airport! The Lucknow Metro Rail Corportation (LMRC) had originally wanted the station to be 50m away from the terminal, but the AAI in November 2015 refused to allow its construction within 100m citing security concerns following which the LMRC came up with a new design for the station & alignment pertinent to its new location.

Minor details of the station’s design have been revealed. As per E. Sreedharan who serves as the Principal Advisor to the LMRC:

Airport station’s concourse level would have two parts -paid and unpaid area. People who exit the paid area and have to catch a flight can take rest. The unpaid area would have cafeterias, book-stores, shops and eateries. We will tie up with AAI’s trolley facility to run dedicated number of carts from metro station to the airport and vice-versa.

The airport station will have far larger & more number of elevators than other stations on the network to allow passengers to easily haul their luggage between the different levels of the station. In July, the LMRC plans to invite tenders for this section (ramp + cut & cover tunnel + underground station) which I’ve referred to as LKCC-XX in the last map shown below. 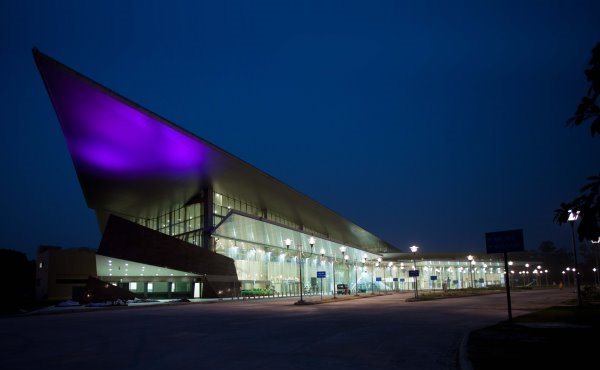 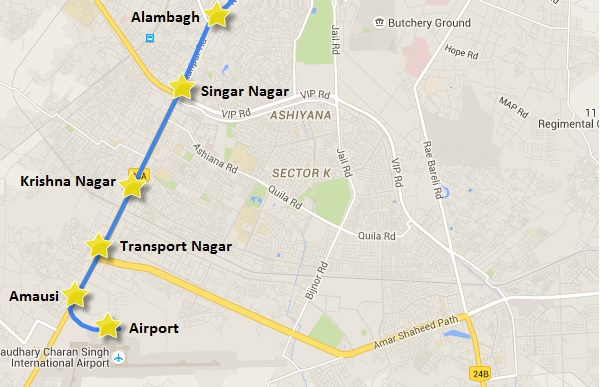 In the grand scheme of things:

In other exciting news, the LMRC is in the process of revising its Detailed Project Report (DPR) for Line-2 (seen above in grey) and plans to present it to the Uttar Pradesh state government’s cabinet for its approval before next year’s budget is finalized. Also, the financial bids for the 8.63 km LKCC-07 package from KDSB Stadium to Munshipulia are expected to be opened in or by the 1st week of July. Stay tuned to find out the lowest/winning bidder.