Hat tip to TMRG reader Adri for sharing this news.

The operator of Kolkata’s Metro, ‘Metro Railway, Kolkata’ has unveiled the design of their 14 new trains that are being procured from CNR Dalian!

Frustrated with operating a snag-prone rickety fleet produced by ICF Perambur, Kolkata Metro’s operator in 2011 had invited global bids to procure 112 coaches (14 train-sets x 8 coaches) after which CNR Dalian, a subsidiary of Chinese state owned CRRC Corporation, placed the lowest bid & won the contract in 2015 for a publicly undisclosed amount that is estimated to be around Rs. 800 crore.

These 14 new generation trains will be faster, far more comfortable and will run alongside the existing 13 (+2) AC train-sets. The first of them is expected to join Kolkata Metro’s fleet in June 2017 after which the remaining 13 are expected to all arrive by mid-2018. Its on-board features include everything you’d expect in a modern rolling stock and include LED lighting, wider doors, ergonomically designed handrails, and conveniently located display screens which will provide station & safety information in Bengali, Hindi & English.

The train-sets will feature an emergency door located on one side of the motor-car which is similar to the rolling stock designed by CNR Dalian for Xian’s Metro system and its color scheme with a dash of purple stripes will match that of Kolkata’s existing AC trains. Enjoy: 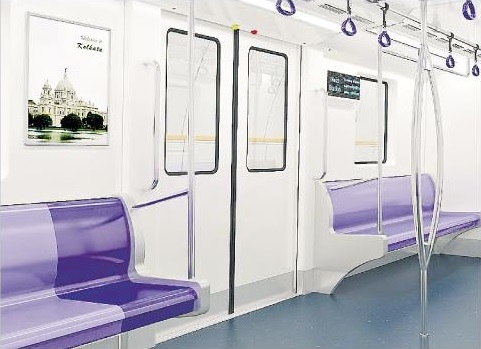 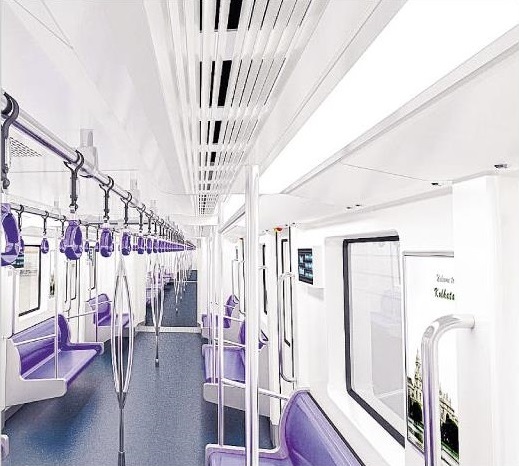 Interestingly, CNR Dalian just two days ago unveiled the 1st of 15 trains for Lagos’ Metro system which is expected to start operations by the end of the year.

What do you think about the design?