IL&FS Engineering and Construction Company Ltd. has announced (see press release) that they have been awarded the Letter of Acceptance (LoA) for constructing 10 stations on Nagpur Metro’s 19.658 km north-south line! This is the 3rd major contract to be awarded for the project and concludes the bidding stage for Reach-1’s civil work where NCC Ltd. is constructing 2 packages: (1) 4.5 km Khapri Depot – New Airport (at-grade), and (2) 7.61 km New Airport – Congress Nagar (elevated viaduct).

The Nagpur Metro Rail Corporation Ltd. invited bids for this package in March 2016 and estimated it to cost Rs. 438.60 crores. The lowest bid was in put by IL&FS which secured the contract valued at Rs. 532.67 crore. Besides the stations, this package also includes the construction of two viaducts from chainage 7.850km to 8.030km and from 8.574km to 9.692km.

The 10 stations included in IL&FS’ scope of work are: 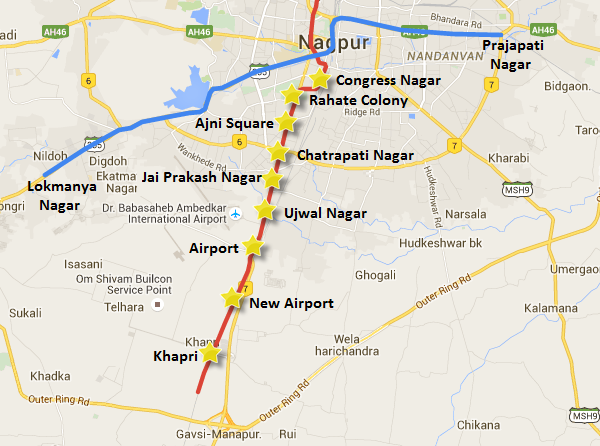 In November 2015, the NMRCL had awarded L&T Infrastructure Engineering & Rajendra Associates with a contract for the 10 stations’ detailed design consultancy. Out of them, the designs of the Khapri and New Airport stations were revealed in February 2016. Read about their design & source of inspiration here: NMRCL Unveils New Airport & Khapri Stations’ Designs 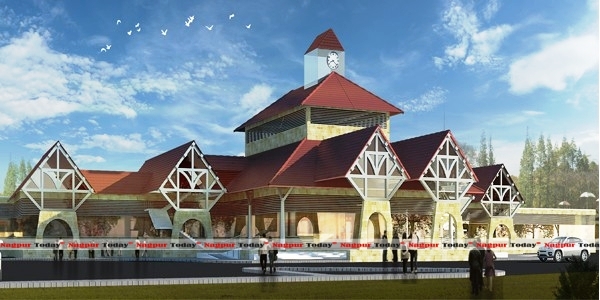 With the contract awarded, initial barricading work around the stations’ locations is expected to commence in September-October with piling work (1st stage of construction) starting soon after.