On this past Friday, tunneling work underneath Chennai’s busy Anna Salai resumed after 14 months of inactivity! The 4.5 km May Day Park – AG-DMS section (package UAA-02) had been abandoned in May 2015 by the Gammon-Mosmetrostroy JV due to financial issues, and after conducting two rounds of bidding, the Chennai Metro Rail Corporation in May 2016 awarded Afcons Infrastructure with a contract to complete the balance tunneling work.

Engineers restarted work to construct the down-line tunnel using TBM S703 (Herrenknecht EPBM) which was last commissioned from the LIC station and has roughly 100 meters pending to reach the Thousand Lights Station. Once there, it’ll be refurbished for one last drive towards the AG-DMS station. Tunneling work by TBM S704 to construct the parallel up-line tunnel is expected to resume in the second half of August as many electronic parts need to be replaced. 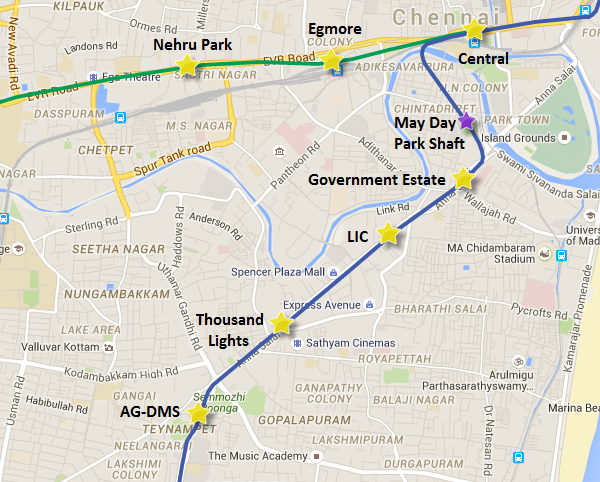