Crews from the TPL-Gulermak JV have over the past week started barricading and preparing various sites for constructing Lucknow Metro’s 3.44 km underground section! In March, they had emerged as the lowest (technically qualified) bidder for constructing package LKCC-06 of the 22.878 km north-south line and were then awarded with a Rs 1190.52 crore contract on April 27.

In May & June, besides mobilizing resources, conducting soil tests and performing a structural inspection of buildings en-route, the TPL-Gulermak JV also placed an order with Australian manufacturer Terratec for two Ø 6.52m EPB Tunnel Boring Machines. These TBMs are expected to arrive in the city by the end of the year, and in early 2017 their parts will be lowered into a shaft in front of Bapu Bhawan where the State Secretariat station’s box will be built.

3 underground stations will be built at Hussainganj, State Secretariat (Sachivalaya) and Hazratganj: 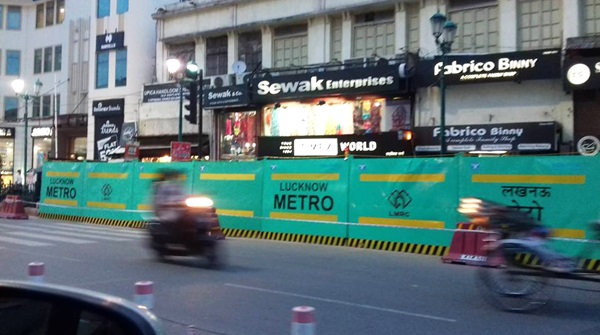 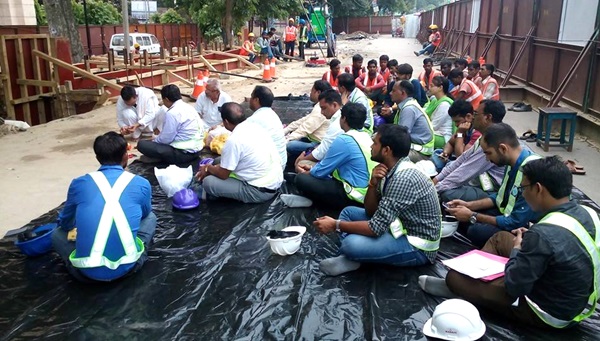 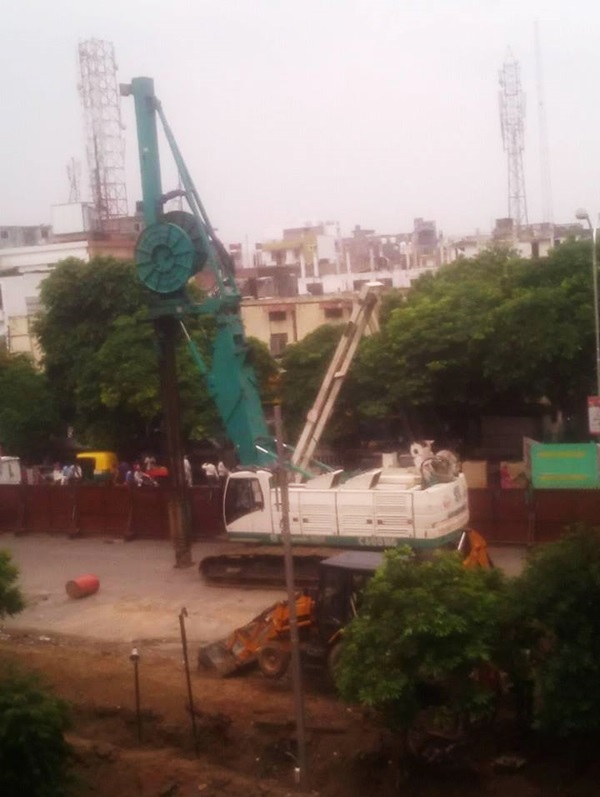 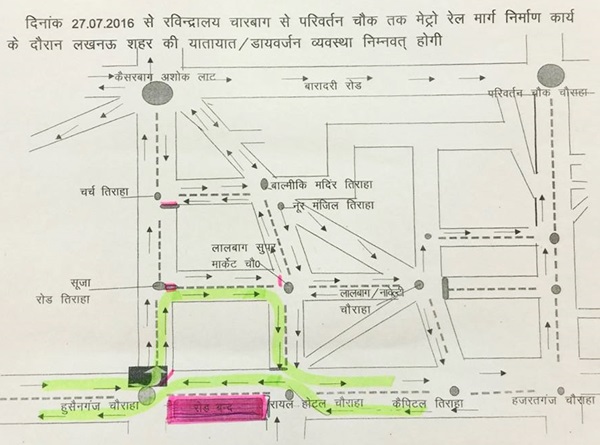 Diversion plan at Hussainganj issued by the District Magistrate

Early next week, that big green & white piling rig shown above will begin piling works to build the diaphragm wall of the State Secretariat station’s box which will be 275m long x 25m wide. Stay tuned for an update on that!