This underground section consists of 4 new underground stations at Delhi Gate, Jama Masjid, Lal Qila and Kashmere Gate – all of which lie in the historic Shahjahanabad district of the city which is popularly known as Old Delhi. Of these, the Kashmere Gate station will become the 1st ever interchange in Delhi (and India) to allow users to easily switch between 3 metro lines (Violet, Red & Yellow).

As per a press release by the DMRC:

During the trial runs, the interaction of the Metro train with physical infringements (civil structure) will be checked to ensure that there is no physical blockage during the movement of the train on the track. The entire signaling system will also undergo rigorous testing. In addition, the response of the train at different speeds, braking of the train and the interconnection with the Operations Control Centre (OCC) will also be monitored during the trials. The behavior of the track system and the Over Head Electrification (OHE) will be checked repeatedly during all the trials. 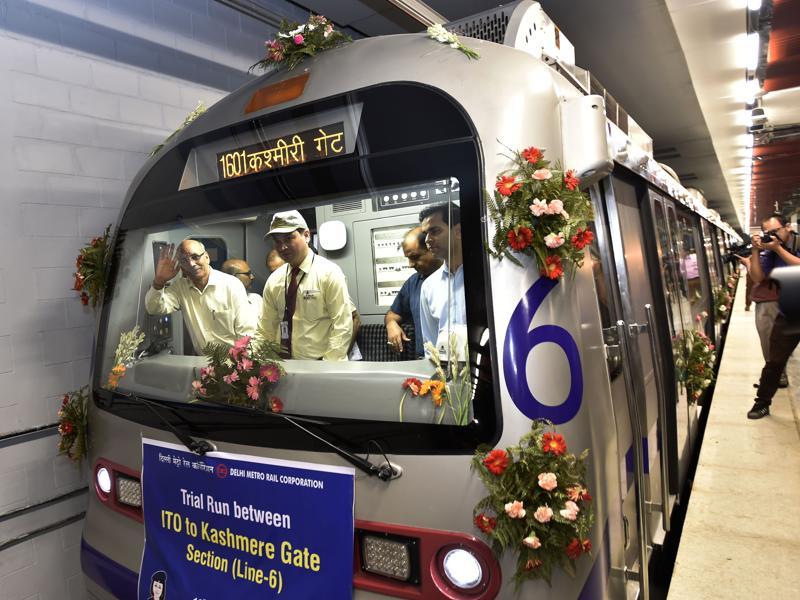 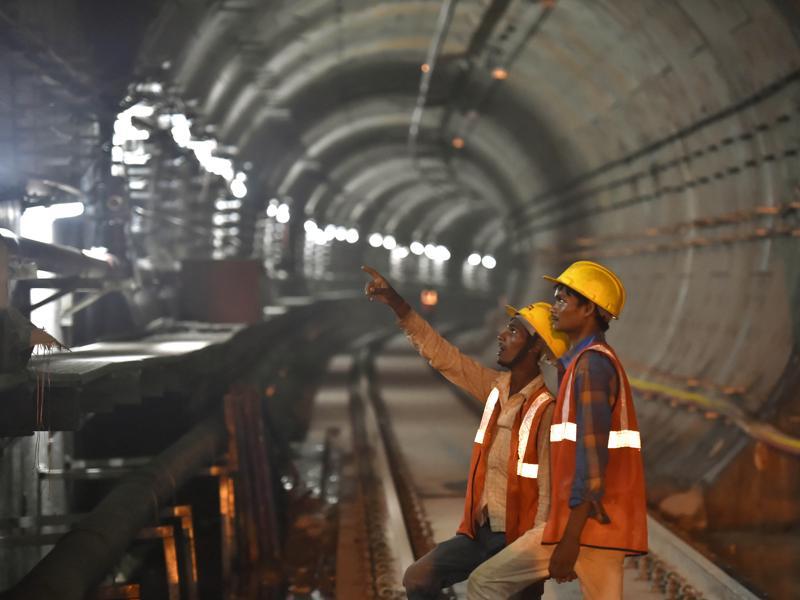 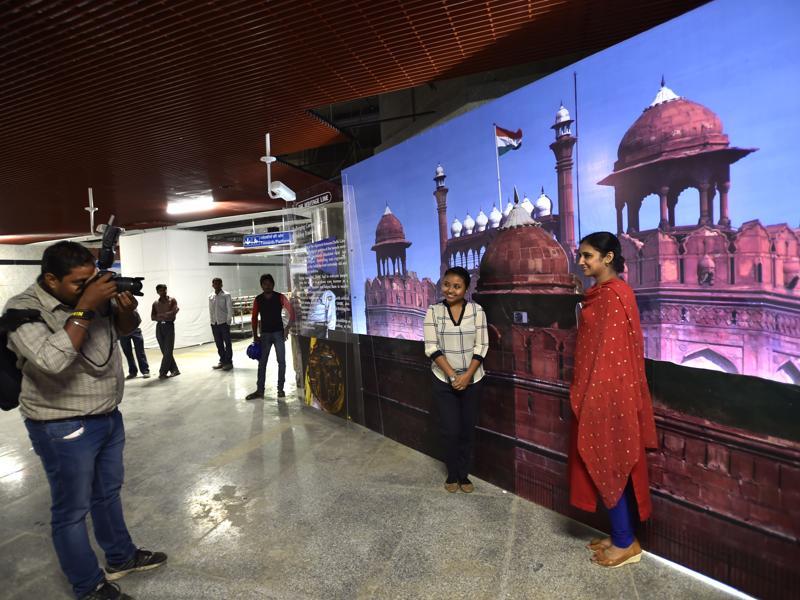 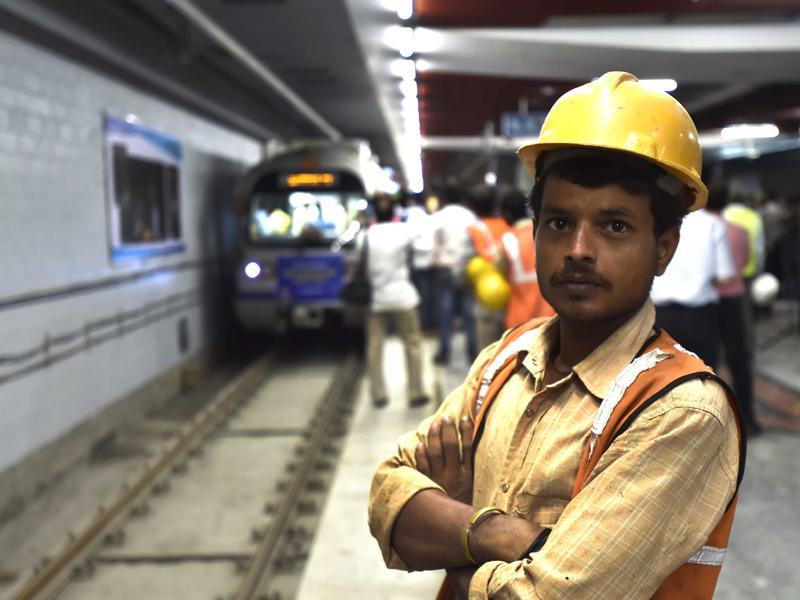 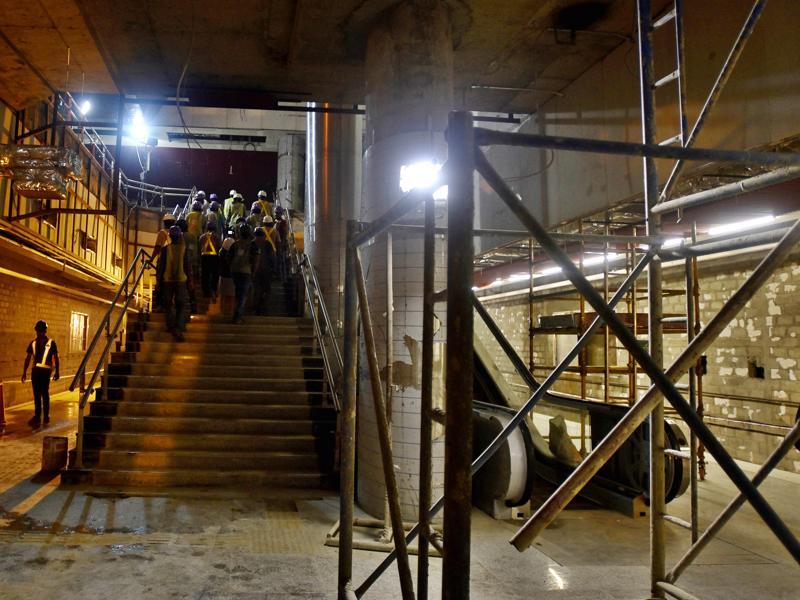 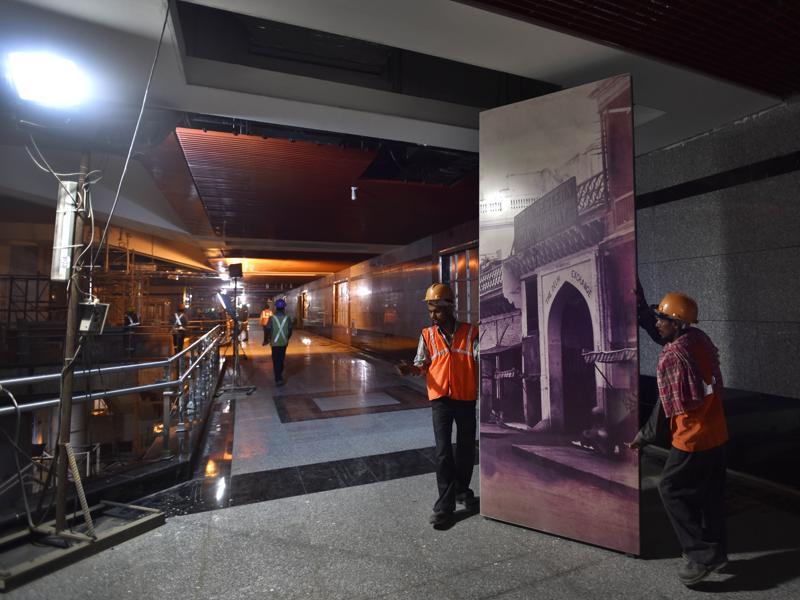 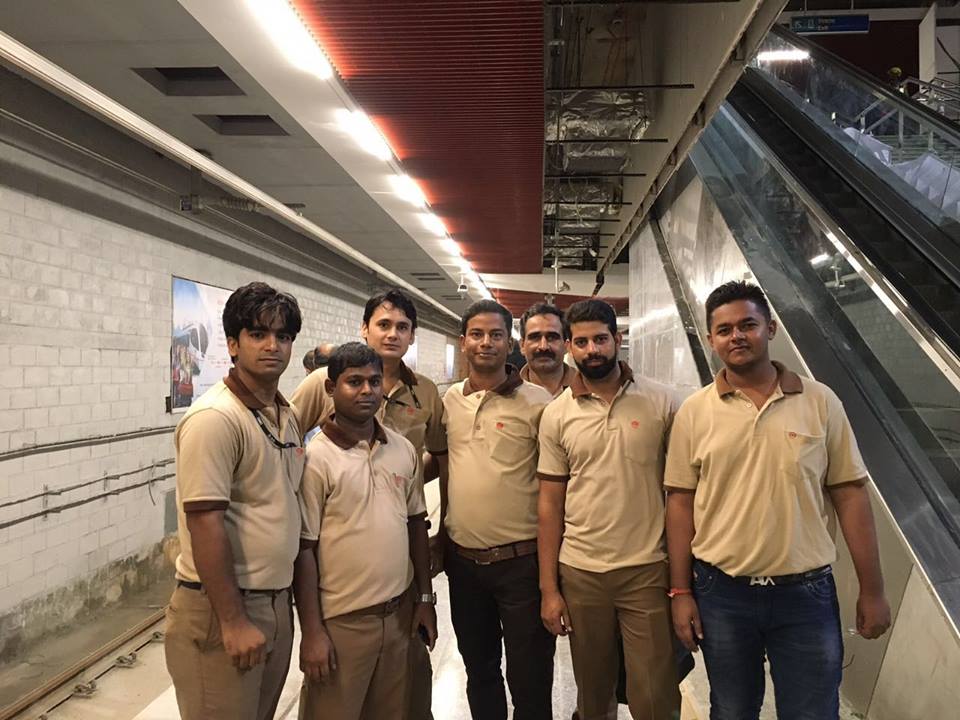 Here’s a nice video with a sneak peek inside the Delhi Gate station:

While the DMRC advertised the trial run to have taken place between ITO & Kashmere Gate, it hasn’t been confirmed if the train indeed ran up to the Kashmere Gate station or if both sets of parallel tracks were utilized. The DMRC recently publicly revised the deadline to open this stretch to November 2016, but another revision is expected to take place as there’s a lot of work pending at the Kashmere Gate station (see images: set 1, set 2, set 3). As mentioned in the my August 2016 tunneling update, I’m expecting this stretch to open sometime in Q1-Q2 2017.