Work Starts at Noapara for Kolkata Metro’s Extension to Dakshineswar

With 65 encroachers rehabilitated, work on a portion of Kolkata Metro’s 4.11 km western extension to Dakshineswar has finally started in Noapara more than 5 years after the project was approved by Mamata Banerjee, India’s then Railway Minister. The encroached land in the Baranagar Municipality belongs to the Railways and the state government approved rehabilitation funds to facilitate construction work in 2015. After the encroachers relocated to their new accomodations in September, the land was handed over to the contractor who started demolition and piling works right away.

Note that construction work from the Dakshineswar end has been underway since 2013 – view satellite imagery. 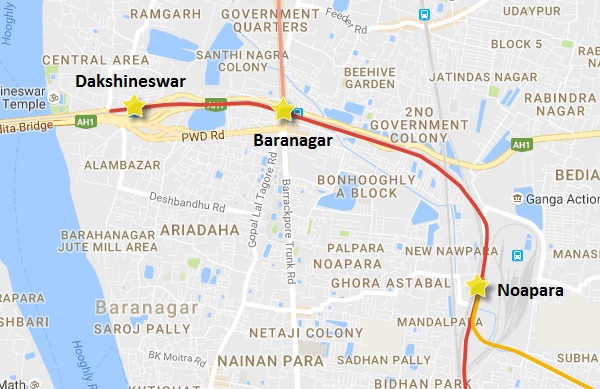 The CPRO of Kolkata’s Metro had this to say:

Of the 148 encroachers under Baranagar Municipality, 65 have already been relocated to accommodation provided by the state. The process to relocate the others has already started. There was delay due to some problems over water supply to the rooms constructed for this purpose. The matter is being sorted out now. This means a lot for us as work can now progress unhindered. Baranagar Municipality has spent nearly Rs 96.76 lakh on construction of 150 rooms for those who are being relocated from the land along which the Metro network will progress. An additional Rs 34.17 lakh has been spent on 15 community toilets. 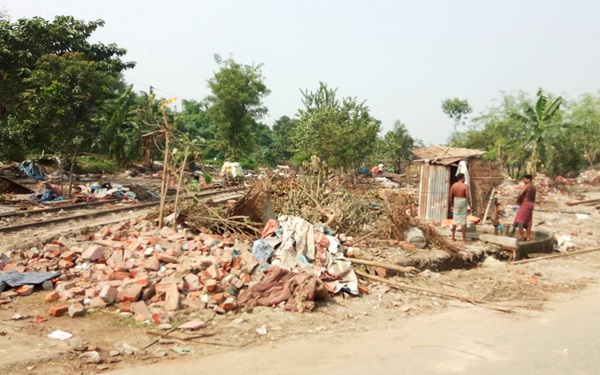 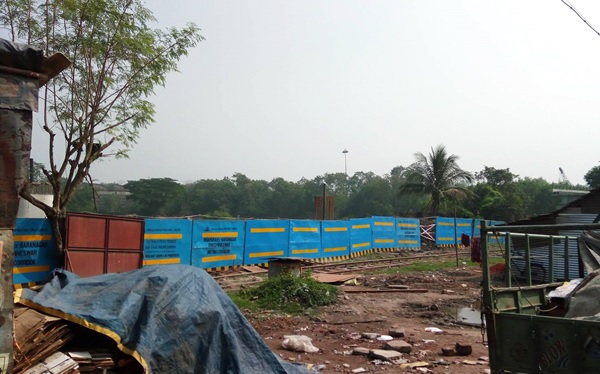 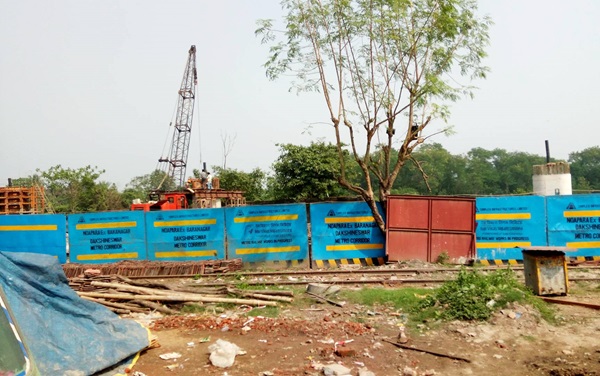 Shuttering work for a pier 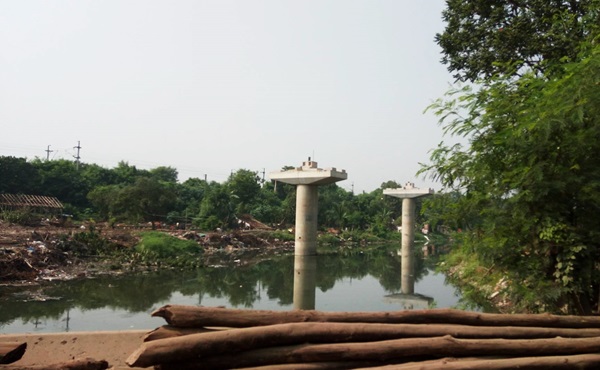 Further west, a view of a couple new piers