The Madhya Pradesh government’s cabinet on December 27 approved the Detailed Project Reports (DPRs) for the first phase of both Bhopal and Indore’s metro projects which are estimated to cumulatively cost Rs. 14,485.55 crore. The DPR and master plan for both projects were prepared by ‘Rohit Associates Architects & Engineers’ and from that, Line-2 and Line-5 in Bhopal and Line-3 in Indore will be executed in Phase 1 by the Madhya Pradesh Metro Rail Company (see their website) which was constituted in February 2015. 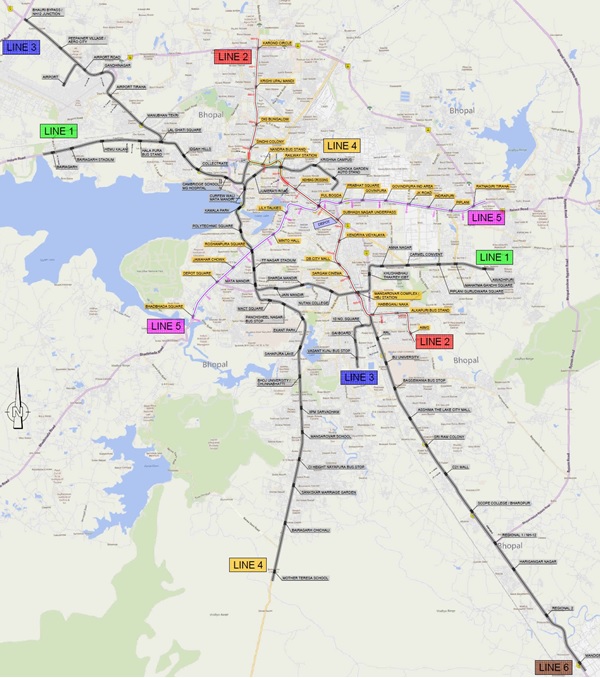 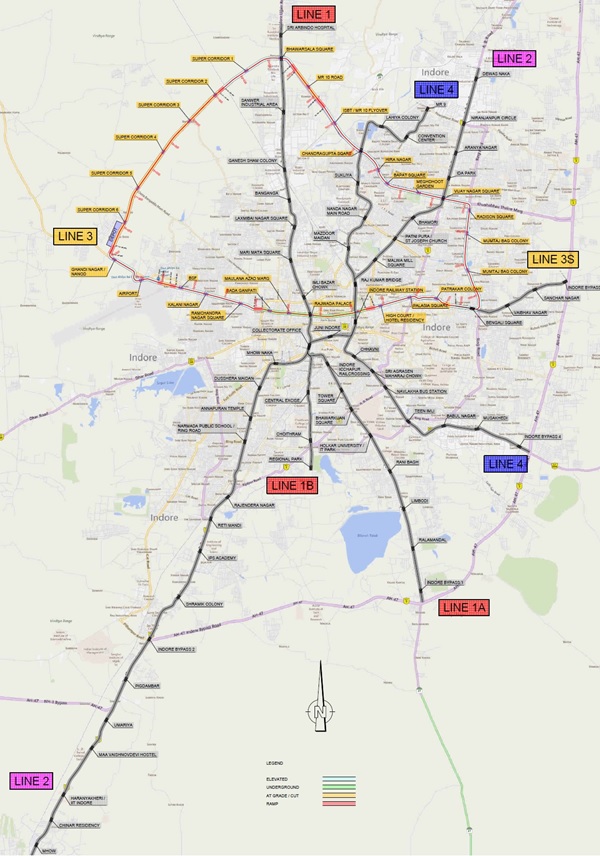 To fund the projects’ construction, the Madhya Pradesh government intends to borrow 60% of the required funds from lending agencies, but so far has not been successful in doing so. Japan’s JICA initially showed interest, but backed-out over understandable financial viability concerns. Since then, the government has approached the Asian Development Bank and other European agencies, but has not been assured any funds.

In May 2016, the MPMRCL invited Request for Qualification (RFQ) and Request for Proposal (RFP) bids from technical services companies for the General Consultant contract. Following each pre-bid meeting, the last date for submitting bids has been extended multiple times to allow the bidders more time to submit their proposals. The current last date, as it stands today, is 15 February 2017.

The DPR will now be sent to the union government for its cabinet’s approval. Overall, financial viability remains a big concern and without any assured external funding, I do not expect bids for civil construction to be invited anytime soon.

For more metro updates, check out my Home Page!