The contract for this mid-section of the line was awarded by the Metro-Link Express for Gandhinagar and Ahmedabad (MEGA) to Simplex Infrastructures on December 31, 2016 after they emerged as the lowest bidder a day earlier. Simplex then began barricading different sites in February and deployed piling rigs earlier this month at the northern section of their package in Vijaynagar and Nava Vadaj to build the foundation for the line’s elevated structure. 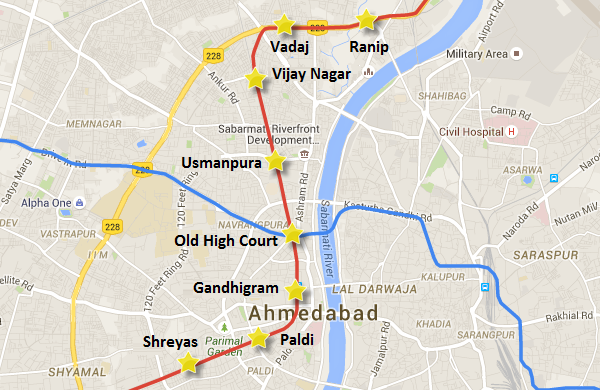 Here are some images from a TMRG follower: 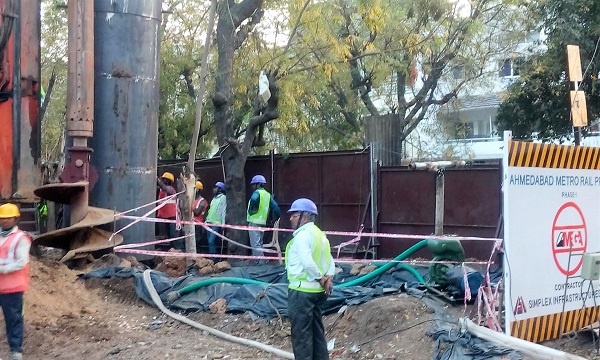 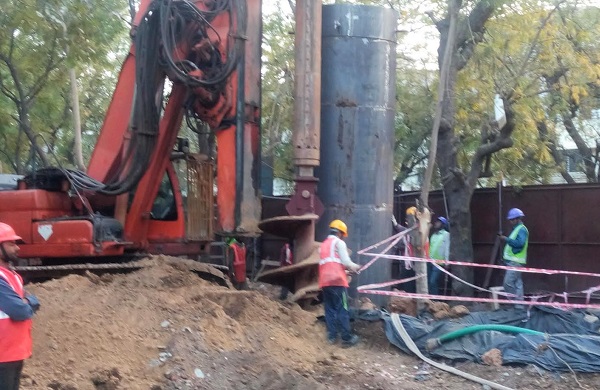 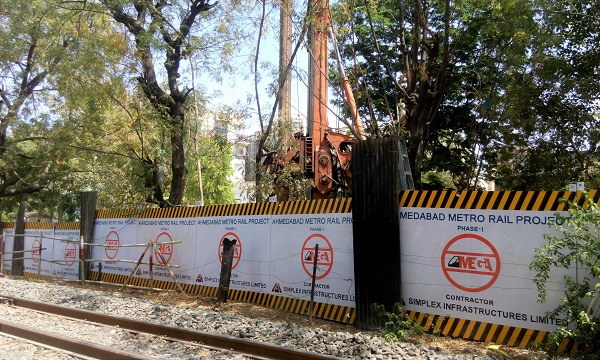 To rehash from another post, piling work is the first step in the construction process and is used to build the elevated viaduct’s foundation. Typically 4-6 piles are built per pier as shown below: 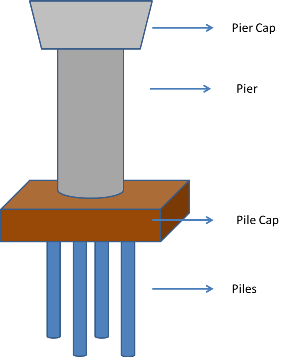 Diagramatic representation of what goes into building a pillar for the metro – Courtesy: Civil Engineering Discoveries

Within the next 3 months, the contractor will begin casting piers on-site and locals will start seeing more visible progress. 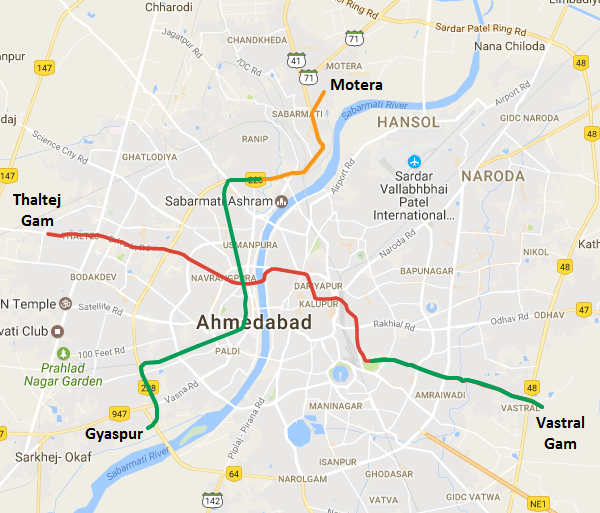