This package of Reach-1 is officially referred to as P1C-01 and is a part of the 16.589 km north-south line which will connect PCMC to Swargate via the Civil Court. MahaMetro invited bids for it on February 25 2017 and estimated it to be valued at Rs. 460 crores. The entire bidding process from tender invitation to submission to technical bid evaluation to financial bid opening literally took just two months!

MahaMetro will soon invite separate bids for the construction of 9 stations on this section which will be located at PCMC, Tukaram Nagar, Bhosari (Nashik Phata), Kasarwadi, Phugewadi, Dapodi, Bopodi, Khadki and Range Hills: 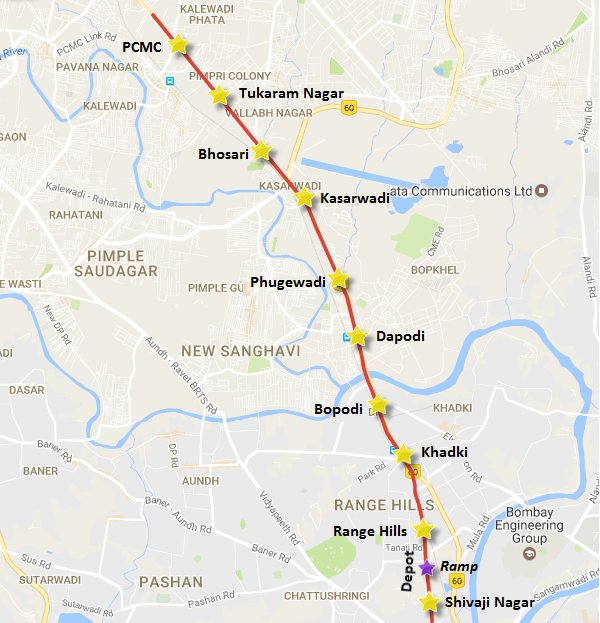 If no issues arise, then NCC will go on to be awarded with the project’s 1 major civil contract. Interestingly, they were the 1st contractor appointed for Nagpur Metro’s north-south line as well.

With this development, preliminary utility shifting and barricading works along the line’s route can be expected to start in June-July. Earlier this month, MahaMetro’s MD expressed his confidence in starting work as soon as May.

Here’s a tweet from MahaMetro with the status of various pre-construction surveys: