As per the ICF, this 8-coach prototype train is technologically on par with other metro trains around the country but cost only Rs. 5 crores per coach – roughly 40%-60% cheaper than others. The air conditioned train is said to have a capacity for 3,050 passengers and consists of an indigenously manufactured 3-phase insulated-gate bipolar transistor (IGBT) AC traction system, regenerative braking, electrically operated automatic sliding doors with manual override for emergency, passenger talk-back facility, LCD display for passenger information and a LED route board.

During the event, the ICF’s General Manager mentioned that it was keen to bid and supply these coaches to other metro systems around the country and offered to build a prototype standard gauge trainset for Chennai’s metro system which has already procured 168 (42 x 4) Alstom Metropolis coaches for its 45 km Phase 1 network. 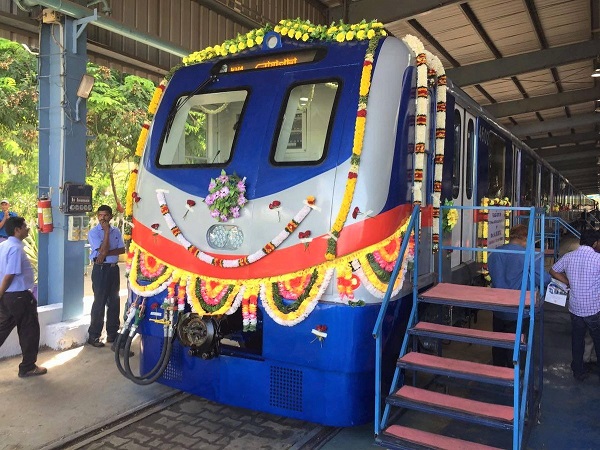 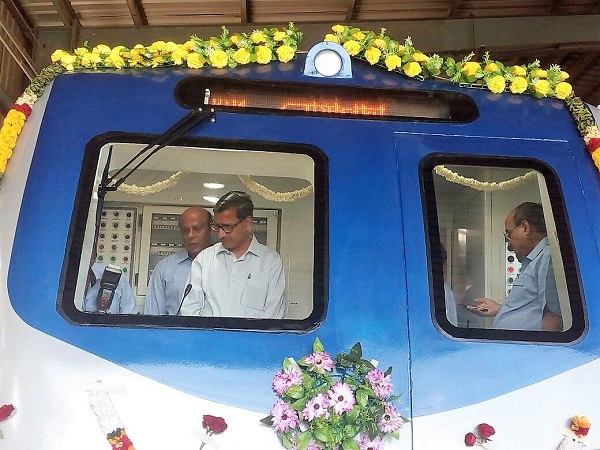 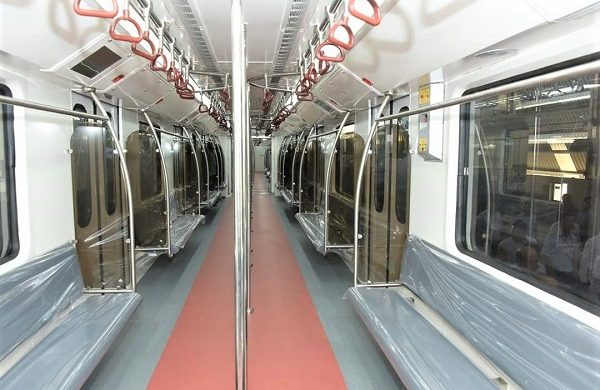 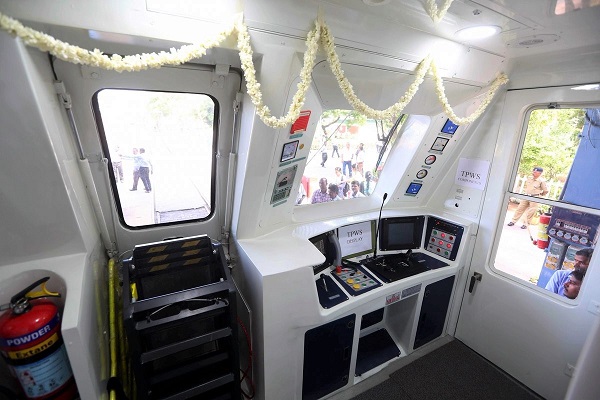 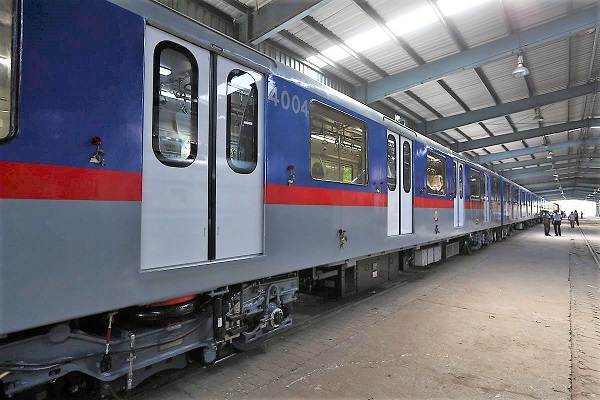 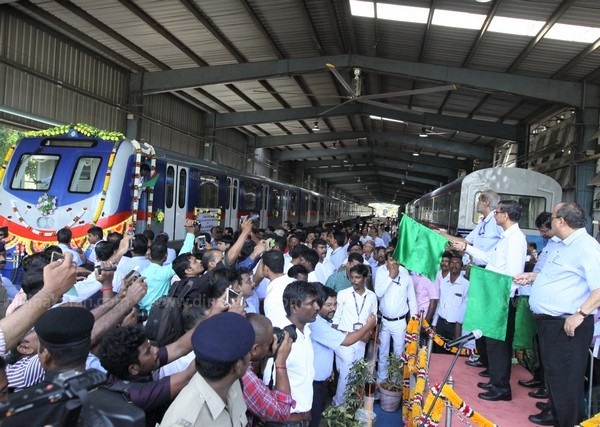 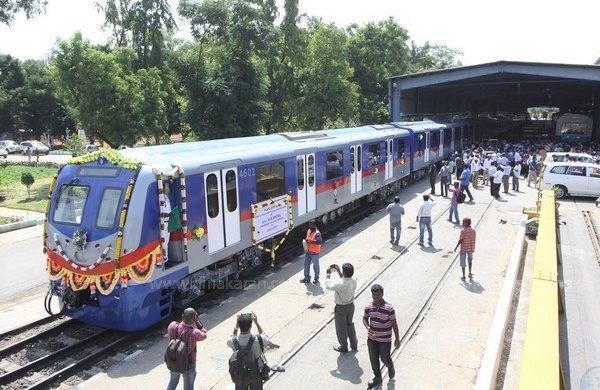 While it isn’t the prettiest of trains, this is a highly encouraging start for a production unit of the Indian Railways that wishes to contribute towards the government’s ‘Make in India’ program. Their performance (and desirability) will be gauged after they arrive in Kolkata and get pressed in to service over the next couple of months.