Last week, workers from the ITD-ITD Cem JV placed the last precast segment over National Highway 24 to complete building the 58.6 km Pink Line’s viaduct between the IP Extension and Vinod Nagar stations under package CC-26R of the 160 km Phase 3 project.

Construction on this section started in March 2013 after obtaining permission from the National Highways Authority of India (NHAI), but following the launch of the 14 lane 96 km Delhi-Meerut Expressway project, the NHAI in January 2015 demanded the demolition of 5 metro piers (for both the main-line and the depot-line which cross the highway) in order to accommodate 6 express lanes and 8 local lanes on 4 carriageways for vehicles. In June 2015, the Delhi Metro Rail Corporation agreed to demolish the piers and restarted building new piers in March 2016.

While concrete segments have been used to build the main-line, they’ve used I-girders to build the depot-line (shown in orange below) to connect the IP Extension Station with the Vinod Nagar Depot – 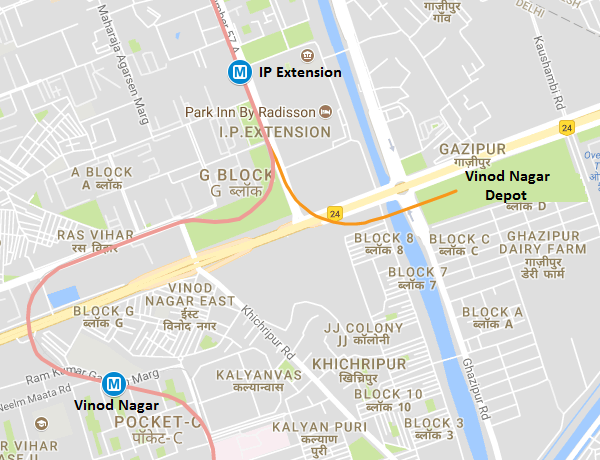 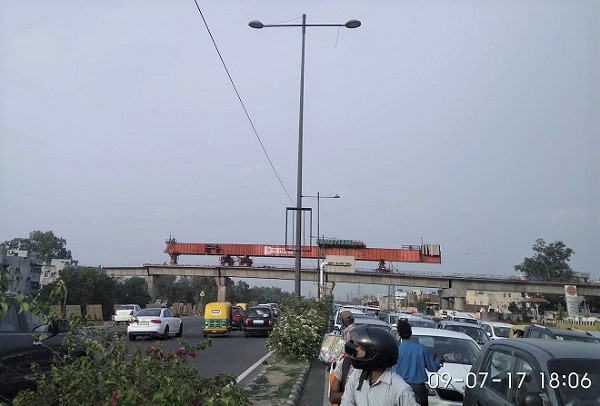 Segment launching work at the nearby Hasanpur village (read its story here) is also nearing completion after work there was similarly held up for years, so stay tuned for a similar post when it’s finally done and dusted.