Two refurbished Terratec machines, which recently saw action to build Delhi Metro’s Pink Line (from either CC-20 or CC-24), will be lowered and commissioned from this shaft in mid-2018 to build the line’s tunnels as part of a Rs. 901 crore contract for the 4.378 km underground Package-2 which got awarded to Larsen & Toubro in January 2017. Their scope of work involves the construction of twin tunnels from the Kalupur Railway Station to the West Ramp through 2 underground stations at Ghee Kanta and Shahpur.

The shaft’s site at Kalupur is sandwiched between platform #12 and RC Technical Institute. The adjacent station’s construction is part of the 2.446 km Package-1 (Kalupur Railway Station – East Ramp) which was awarded to Afcons Infrastructure also in January 2017. The site for their TBM launch shaft remains unknown at this time. 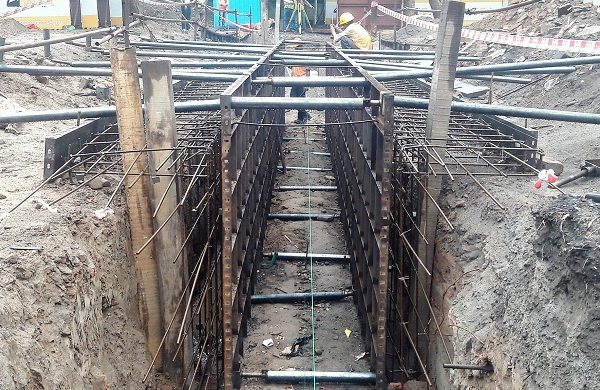 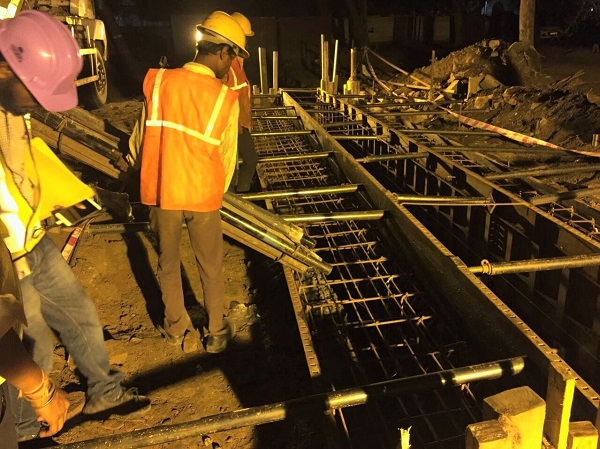 Concrete pour about to take place

Here’s a nice video which briefly touches the topic of guide-walls between the 30-60 seconds mark, prior to the commencement of piling work for the shaft’s diaphragm wall –