Here’s a picture-post with some new images of Kochi Metro’s 220m long cantilever bridge taking shape over the Indian Railways’ lines in Ernakulam.  The bridge forms a crucial piece of Line-1’s southern section from Maharaja’s College Station, to which trial runs have just commenced from Pallarivattom, towards the upcoming Vytilla Mobility Hub – an integrated transit terminal for metro, buses and ferries.

Under construction by S. P. Singla Constructions on a subcontract from Larsen & Toubro for package KC-5A, the bridge has been designed with a 90m long central span and two 65m long end-spans on either side. Piling work for its construction began in February 2016 and currently pier caps (box heads) are being cast on top of its 2 central piers on either side of the railway lines. 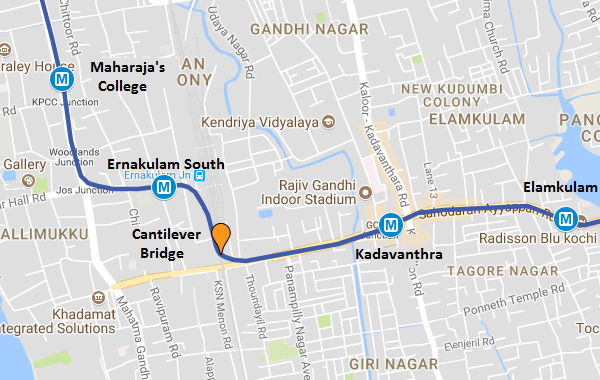 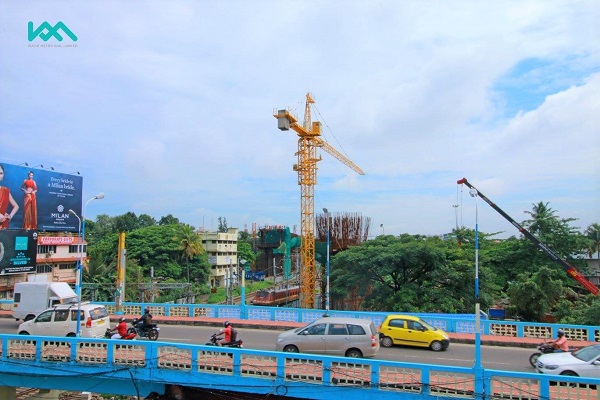 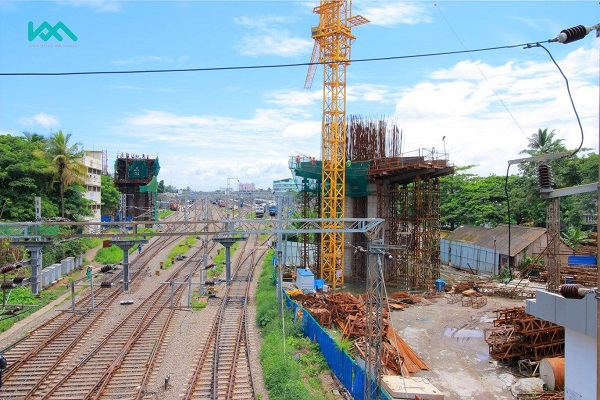 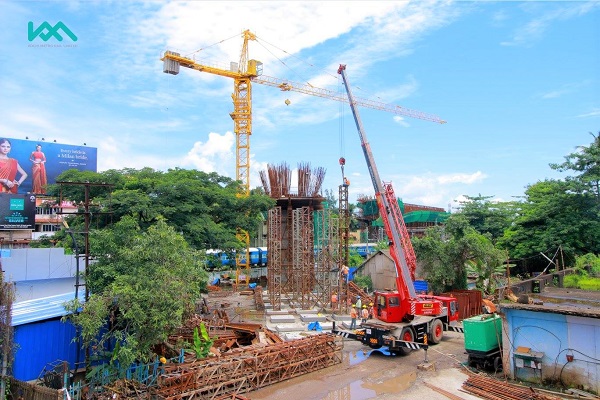 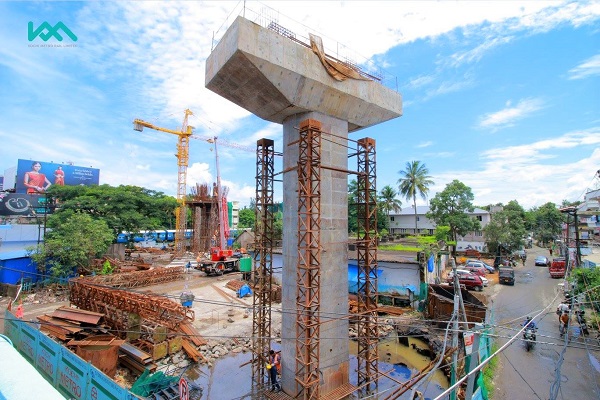