On the night of November 2, workers from the J Kumar – CRTG JV launched their 1st T-shaped girder for constructing the concourse level of the 18.6 km Mumbai Metro Line-2’s Kasturi Park Station. The 9 meter long precast girder weighs approximately 84 tonnes and was cast at the contractor’s nearby Malvani yard. A total of 22 girders will be launched for the concourse level of each station, balanced by a central spine of piers on the road’s median.

Such a balanced cantilever system design, comprising of a central spine and wings on either end, has previously been adopted for Navi Mumbai and Hyderabad Metro‘s stations. Although expensive compared to the traditional cast-in-situ style of construction, it provides several advantages to the urban streetscape both during and after construction. During construction, everything except the station entrances (and associated infrastructure) will be cast off-site allowing for minimal disruption to road users during the day. Once ready, the slick station box will allow for adequate ventilation and natural lighting for pedestrians and vehicles on the ground level, thus avoiding a tunnel-effect, and will minimize obstruction to surrounding properties, footpaths and side-roads. 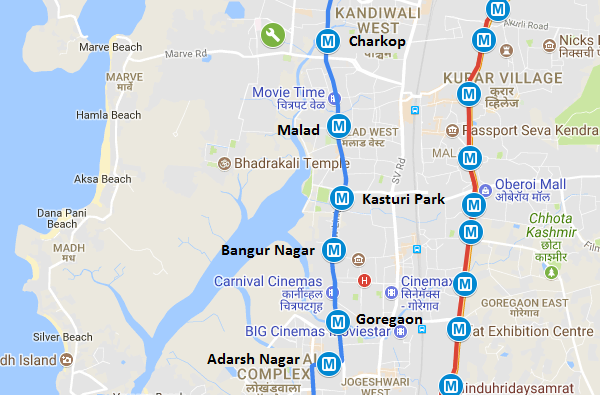 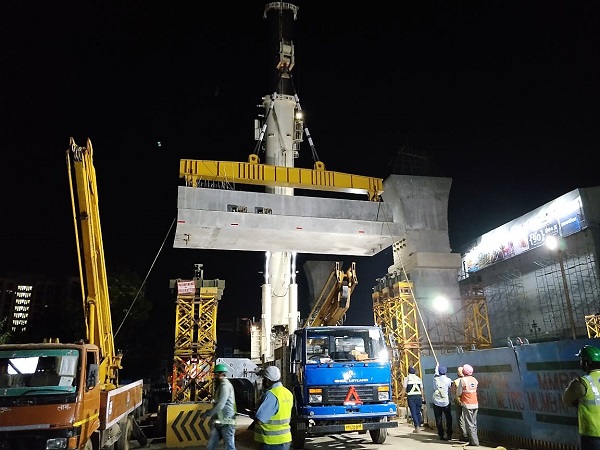 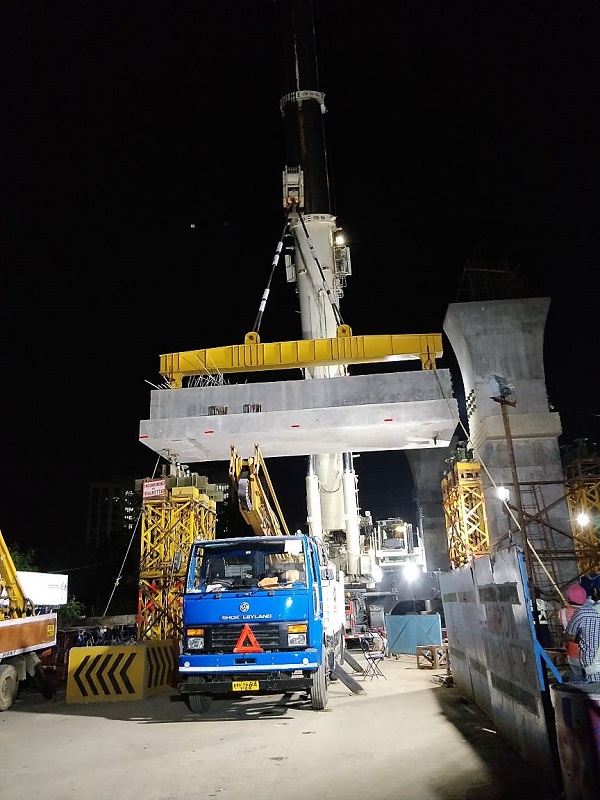 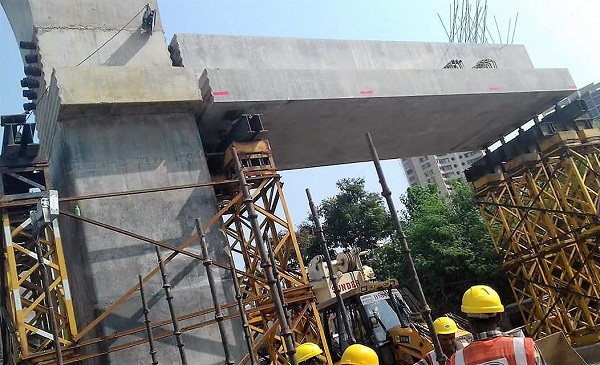 The following night, workers launched another T-Girder on the opposite side – 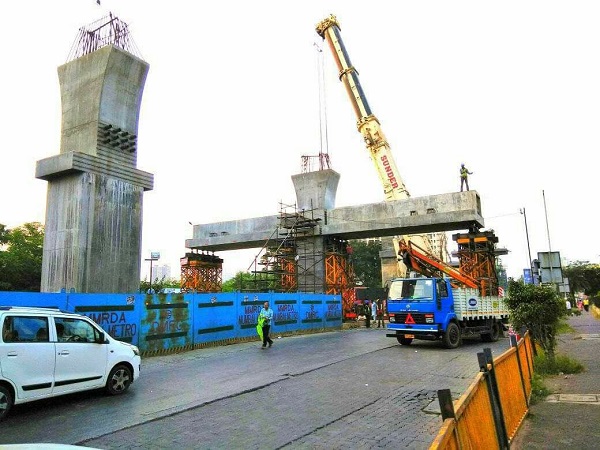 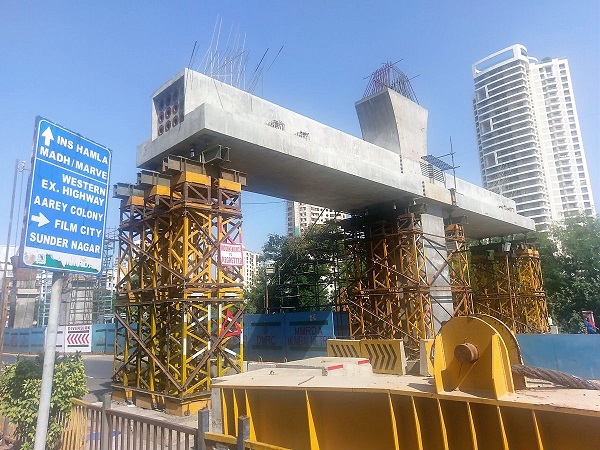