The National High Speed Railway Corporation Limited (NHSRCL) has started the process to acquire land for the 508 km Mumbai – Ahmedabad High Speed Rail (bullet train) project. The line’s alignment passes through 9 districts in Gujarat and 3 districts in Maharashtra, and land acquisition plans for roughly 1100 hectares (2718 acres) have been submitted to each district administration with an aim to hand out final compensation packages by March 31, 2018.

During the project’s inauguration in September, the central government’s press release indicated that a survey of the route’s alignment was performed aerially using Light Detection and Ranging (LiDAR) technology, and geotechnical investigations along the route had been “substantially completed”. Around the same time, tribals and farmers from 24 organizations across both states submitted a joint memorandum to the Prime Minister’s Office to protest against the acquisition of their lands. Just last week, villagers in Palghar, Dahanu and Virar chased out officials from the revenue department after the local administration had barred the sale/transfer of land earmarked for the project.

Now here’s the part which matters most – the bidding process to appoint contractors, which starts with a notice inviting tenders, will begin only after a significant portion (two-thirds) of land is acquired. In an interview with the India Today, a senior railway official had this to say –

Tenders cannot be floated unless 60 to 70 per cent of the land is acquired. As per the Japanese practice, actual construction work can be started only after getting possession of the land. This essentially aims at ensuring uninterrupted work. 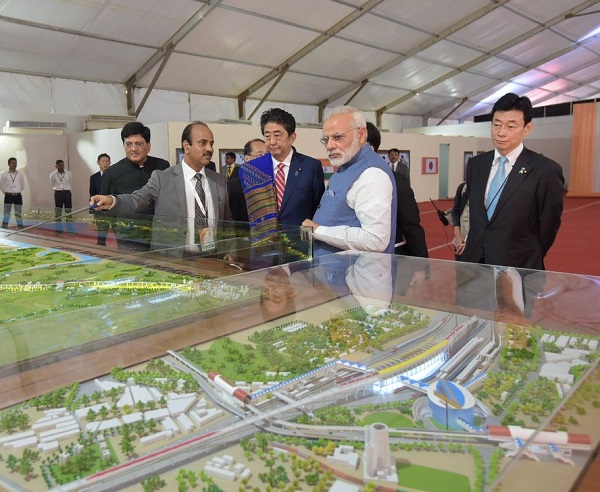 The line is planned to be divided up into 7 civil packages (sections) with one package allotted just for the construction of the line’s underground southern terminal at Mumbai’s Bandra Kurla Complex (BKC), another one for the 21 km Thane – BKC underground section, and the rest 5 for the elevated corridor between Thane and Sabarmati in Ahmedabad.