On January 19, Terratec completed factory acceptance tests (FAT) for a refurbished tunnel boring machine (TBM) which along with other machines will build the 6.83 km underground section of Ahmedabad Metro’s 20.737 km Line-1 tunnels between the East Ramp at Apparel Park and West Ramp at Shahpur.

Named S71, this Ø6.57 earth pressure balance machine is part of a 2 TBM order, and will be deployed Larsen & Toubro to build three tunnels on the line’s 4.378 km underground package-2, between Kalupur Railway Station – Ghee Kanta – Shahpur – West Ramp, which was awarded by MEGA in January 2016.

The TBM was originally manufactured by Hubei Tiandi Heavy Industries (THI) and previously saw action in Delhi to build tunnels on the 6.3 km package CC-27 (Hauz Khas – Shankar Vihar) of Phase 3’s new Magenta Line. The machine was rebranded as a Terratec machine after getting completely refurbished by Terratec’s technicians locally.

Shot in the 1st half of January during assembly – 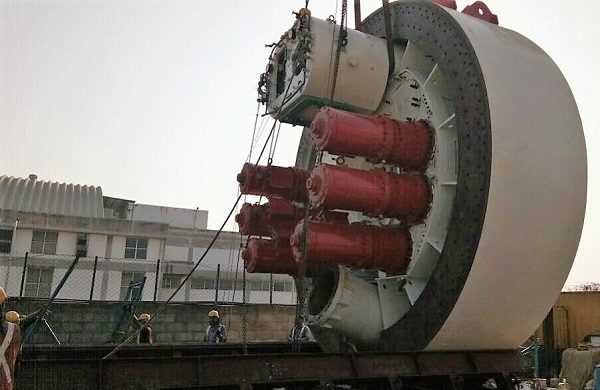 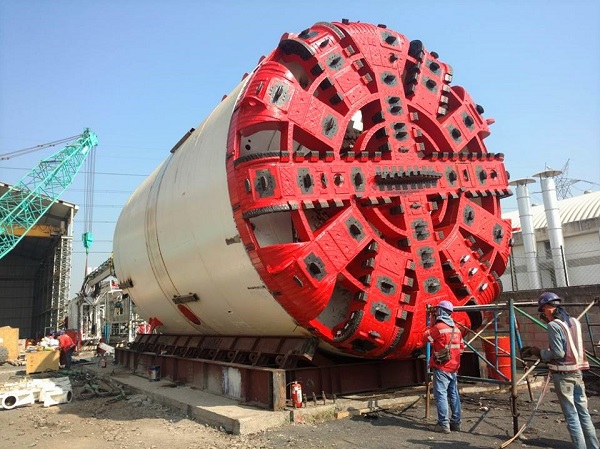 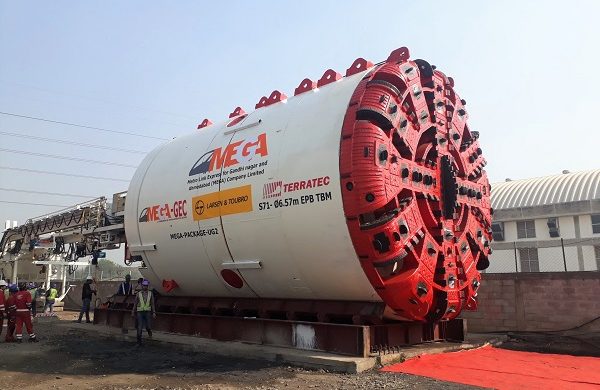 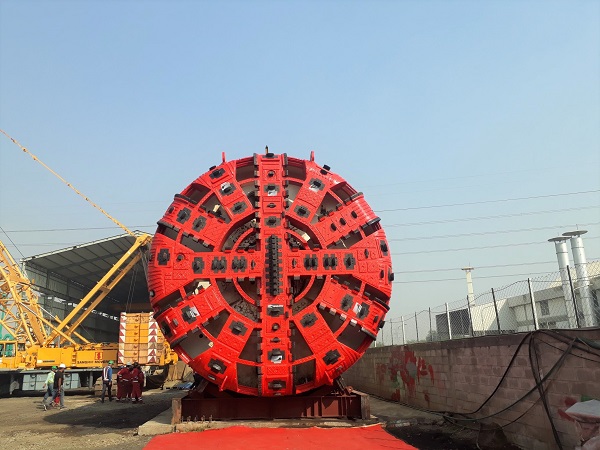