The project’s foundation stone was unveiled by India and Japan’s prime ministers in September 2017 without finalizing the location of the line’s Mumbai terminal due to a difference in both stakeholders’ plans for the land. The Maharashtra government, through the MMRDA, had originally earmarked the land for an International Financial Services Centre (IFSC) and requested the NHSRCL to build the station elsewhere in the city, such as in Dharavi, but that proposal was turned down.

After months of wrangling, the issue has finally be resolved with both stakeholders’ interests in mind, and this is something that hasn’t received any attention by the local media. As per the Government of India’s press release, the BKC plot will have an integrated structure to house both the HSR line’s underground terminal and the IFSC building above it. Excerpt –

Mumbai High Speed Rail terminal of India’s first bullet train project from Mumbai to Ahmedabad will be located at BKC Ground. This will be an underground station at about 25 metre depth, built in 3 levels and will be integrated with IFSC building proposed to be constructed above it. Mumbai HSR terminal at this proposed location will benefit the public at large, as the station is located in central business district with Mumbai metro station at a walking distance.

With that, here’s what each floor of the building will serve – 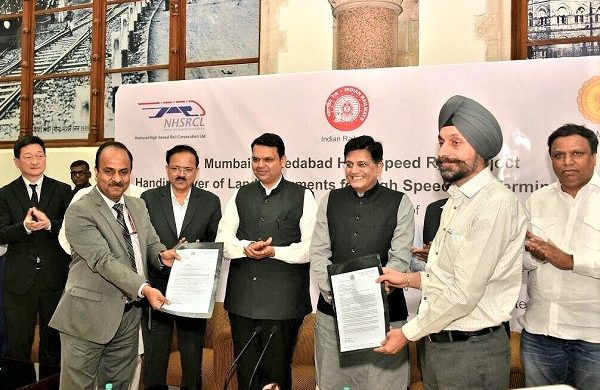 This is easily the best news of the week and something I’ve long wanted for the city. As far as ground work goes, bids for the main-line’s construction still haven’t been invited – see tender page.