Trial runs (testing) on this section began in January 2018 and the Commissioner of Metro Railways Safety (CMRS), Shri K.A. Manoharan, from the Indian Railways’ Southern Circle inspected it between May 14-15 (see images). 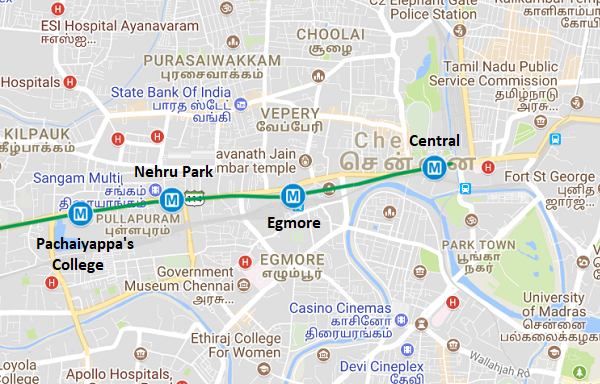 This section was originally awarded to the Gammon – Mosmetrostroy JV but was abandoned in May 2015 due to financial issues right before the package’s last 2 TBM breakthroughs. Afcons Infrastructure was roped in by CMRL to perform the section’s final TBM breakthrough in September 2015, and around the same time CMRL awarded a contract to Larsen & Toubro for completing all balance/pending civil work at the 4 stations.

Trial runs down the Saidapet Ramp through this section’s tunnels to AG-DMS began in March 2018. The CMRS inspected it between May 18-19 (see images), and soon after issued a certificate declaring both sections of the Green & Blue lines to be fit for operations subject to the completion of pending finishing work at all stations. 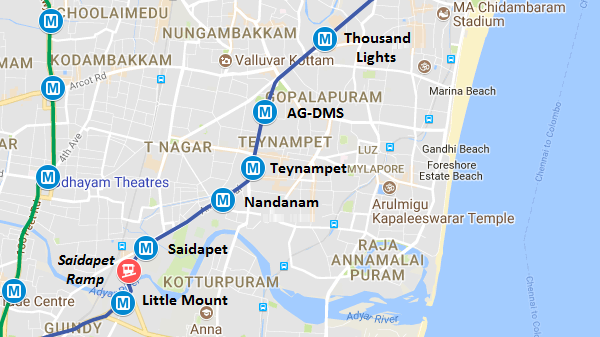 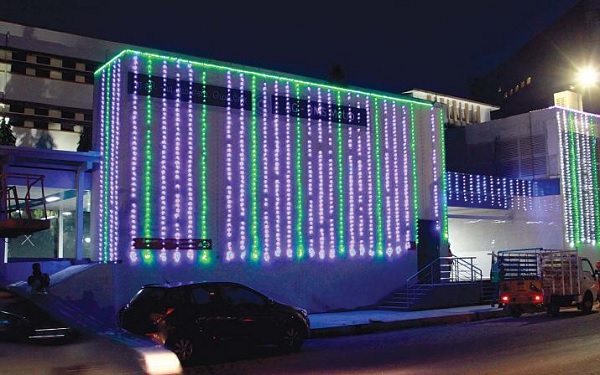 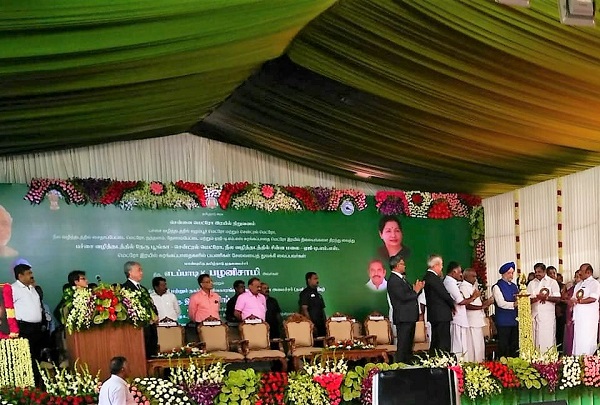 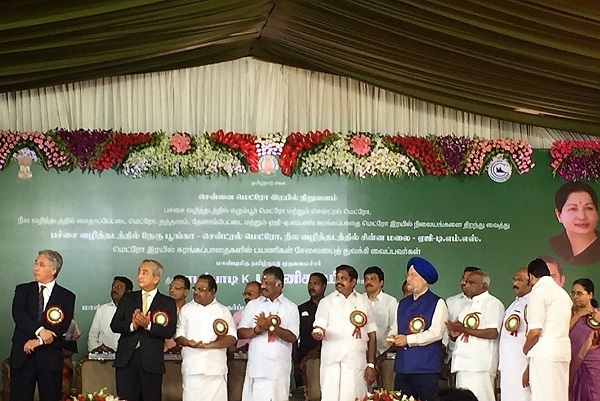 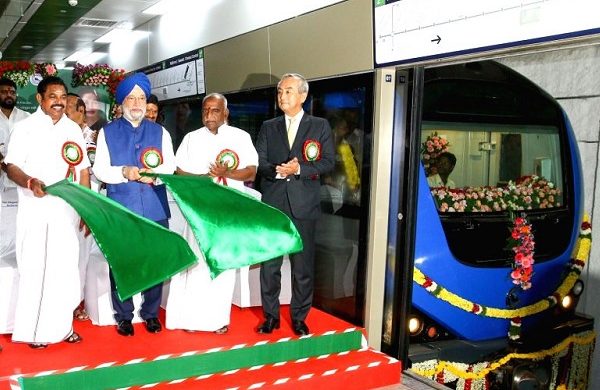 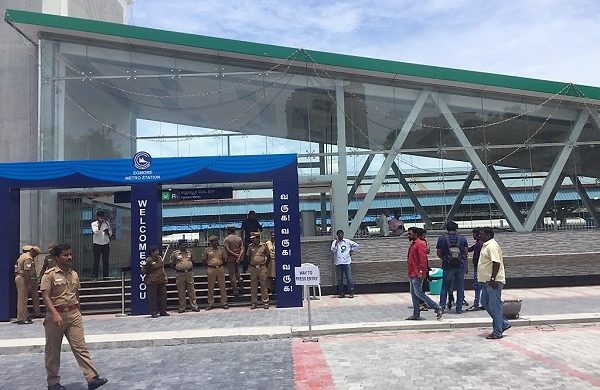 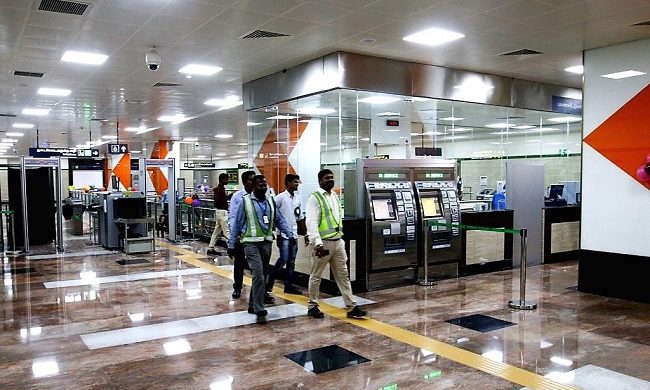 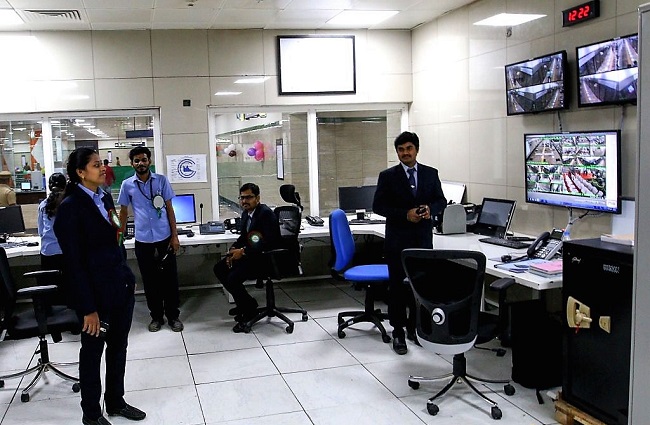 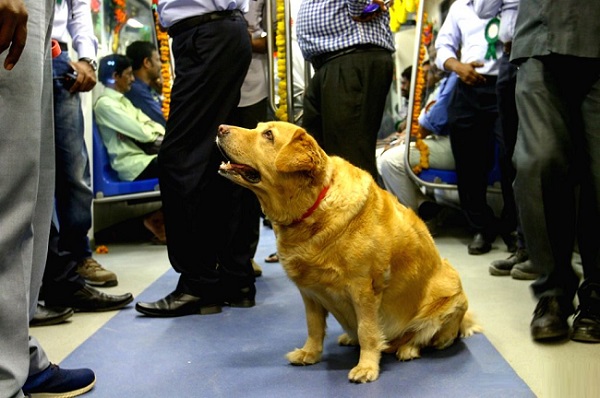 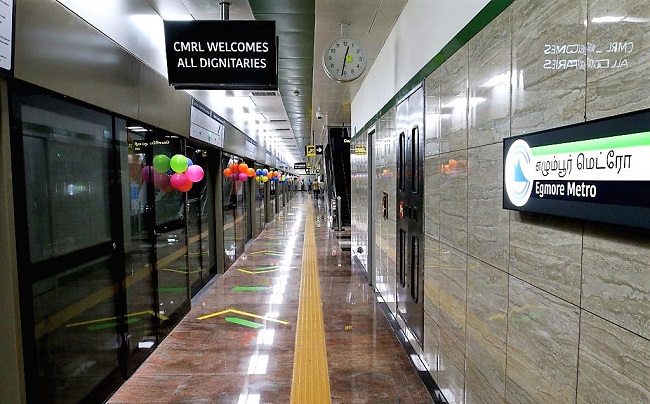 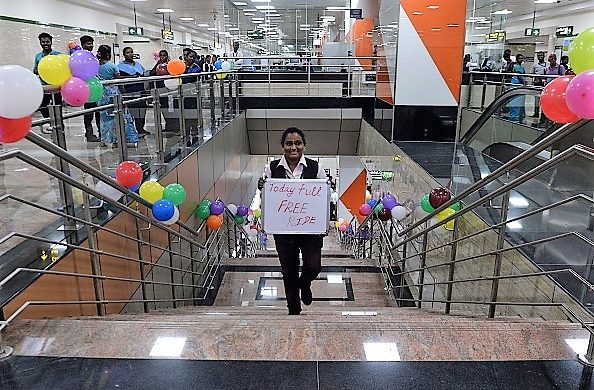 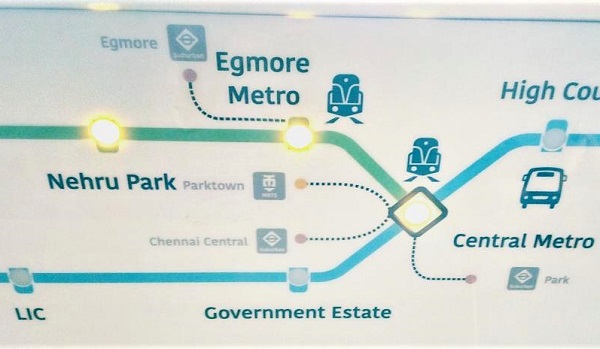 A comprehensive 19:40 minute long video by a rail fan –

• The Green Line is now entirely operational. End to end, from St. Thomas Mount to Central it covers a distance of about 22 kms.

• CMRL plans to run trains with a headway of five minutes (instead of the present 7 mins) during rush hour and at 10 minutes during off-peak hours. They plan to increase train frequency if ridership picks up from the present average ridership of 35,000 on weekends and 30,000 on weekdays.

• CMRL will be giving free rides on the entire network until Saturday night. This is great to give local residents a feel of the metro system, but high fares (see revised fare chart) after this promo period ends will continue to dissuade travelers from riding regularly, especially when alternate convenient modes of suburban rail & bus systems are available. I believe scenes like this will continue until a much-needed fare correction takes place.