After work on the Noida to Greater Noida metro recently began (See this post: Construction begins on Noida’s Metro Line to Greater Noida), the Metro corridor between City Centre and Noida’s Sector 62 is now on track!

An Indo-Chinese joint venture, Cico-YFC, has bagged the contract to construct the 6.8-km link that will see the Delhi Metro’s Blue line being extended further eastward towards NH-24. The construction work, estimated at Rs 384 crore, is expected to begin by the middle of September. 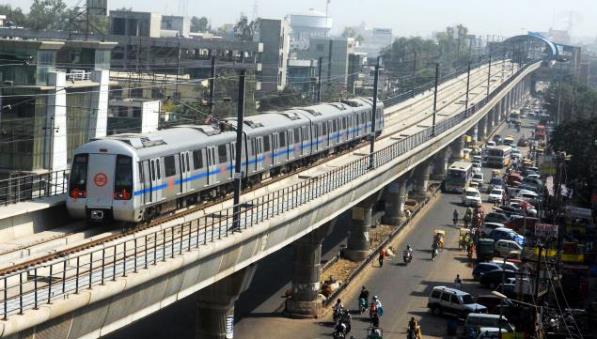 As per the tender, the contract with the company involves the civil engineering and construction work of the elevated viaduct and six elevated stations along the route at sectors 34, 52, 59, 61, 62 and Electronic City (NH-24, Ghaziabad border). As per the alignment of the track, the Metro line will be routed over the central verge of the Master Plan Road-III from Sector 32 in Noida.

This extension up to NH 24 is expected to be complete within 36 months and will be a major relief to people commuting between Ghaziabad & Noida.