After the Uttar Pradesh State Government proposed to fund the Metro by themselves if the Public Investment Board (PIB) in the Finance Ministry didn’t clear the Metro project (See: State Govt Planning to Fund Lucknow Metro) , the PIB has today finally cleared the 22.88 km long Lucknow Metro project! 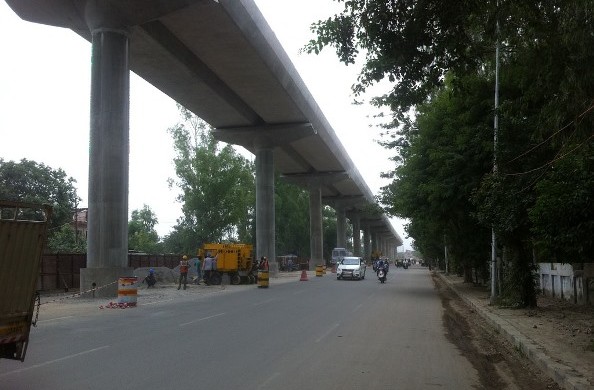 With the PIB’s approval, the Lucknow Metro Rail Corp will now have access to not only the Centre’s funds (to fund 20% of the project), but also to request a loan from foreign lenders in order to tender out the remaining sections of the line.

As a reminder, Phase-I of the project between Amausi Airport and Munshi Pulia is estimated to cost Rs 6,928 cr with a route length of 22.88 km . It includes an elevated stretch of 19.44 km and underground section of 3.44 km. For the latest construction images, please see: Lucknow Metro – August 1 Pictorial Update.