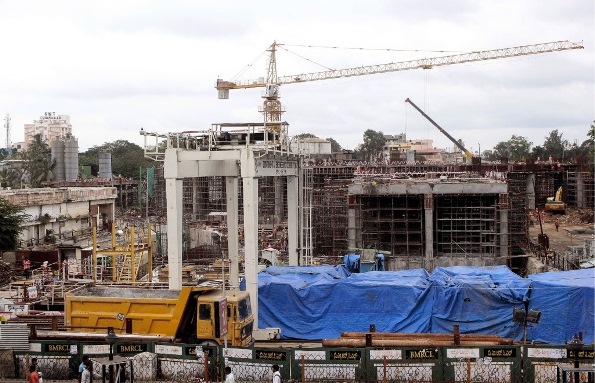 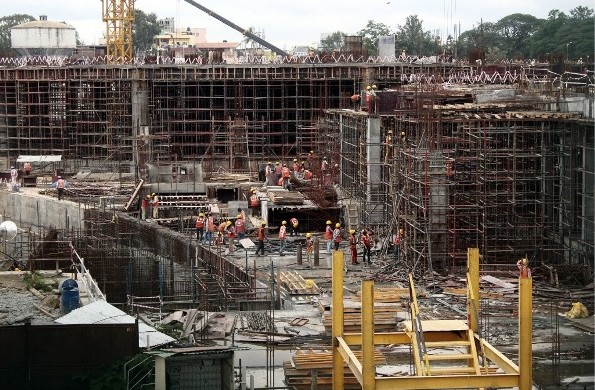 As a reminder, the Majestic station which is located bang in the middle of the city will serve as an interchange between the Purple and Green lines. A JV of Coastal-GYT had been awarded the contract to build the station at a cost of Rs 272 crore in late 2011.

An interesting thing to notice in the above satellite view is the ramp on the north-east corner that will allow the trains to be transferred from one line to the other.

The Purple line’s underground section between Vidhana Soudha and Magadi Road is expected to be operational by November this year, so with that, part of the Majestic station will start functioning. The Green line’s underground section is expected to be functional line by June 2016 (see: Tunneling works on Bangalore’s Green line to be complete by March) and with that, not only the interchange but Phase 1 of the project will come to a long & tiresome but sweet end.