A combination of unabating rain, rise in traffic and the movement of kanwarias has led to a steep rise in the ridership of Gurgaon’s 5.1 km long Rapid Metro over the past week. While the average ridership of the line has been 32,000, in the past week the ridership rose rapidly (pun intended, ha) and crossed 42,000 on August 7 and 10 to create history. 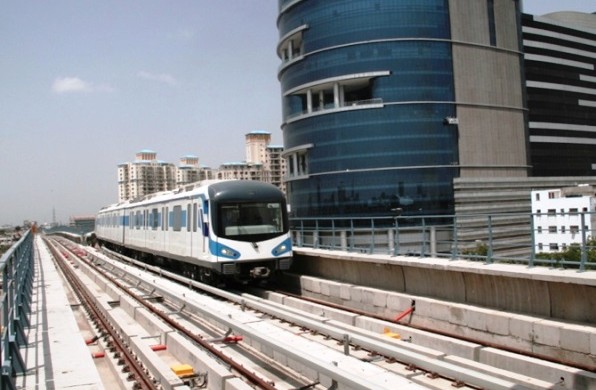 As such, RMRG had to deploy an extra train and also increased the frequency of trains during peak hours to facilitate smooth passenger movement. Once Phase 2 of the line opens on the Golf Course Road in September next year (See: Phase 2 of Gurgaon’s Rapid Metro to open in 2016), the ridership is expected to further go up since it’ll then not only help to feed into the Delhi Metro line, but also serve as an intra-Gurgaon local line. Construction for Phase 2 began in January 2013 and this extension of the line includes 6 stations at DLF Phase-1, Sushant Lok, Sector 42, Sector 53-55, AIT Chowk and Sector 55-56.