A recent news article in The Hindu covering the progress of Gurgaon Metro’s Phase 2 (See: Project Details) has reaffirmed that construction on the 6.5 km southern extension of the line will be over by March 2016. After conducting trial runs over a period of 3 months, the extension will then open to commuters in June.

Gurgaon Metro’s CEO, Rajiv Banga, also had to add that additional train-sets were on their way from China and will start arriving in Gurgaon by the end of this month. 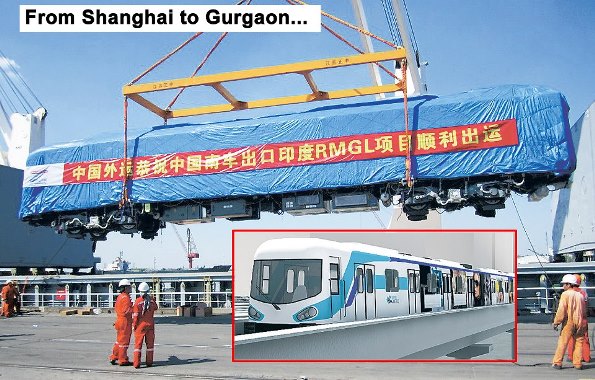 The Railway Gazette points out that RMRG had placed on order for 7 train-sets with the trains manufacturer, CSR Zhuzhou Electric Locomotive Works. When the southern extension is completed, this will bring the Gurgaon Metro to 11.6 km with 12 stations, operated by a fleet of 12 train-sets.