1. This map shows the route of the line if it was to be built as a branch of the Blue line: 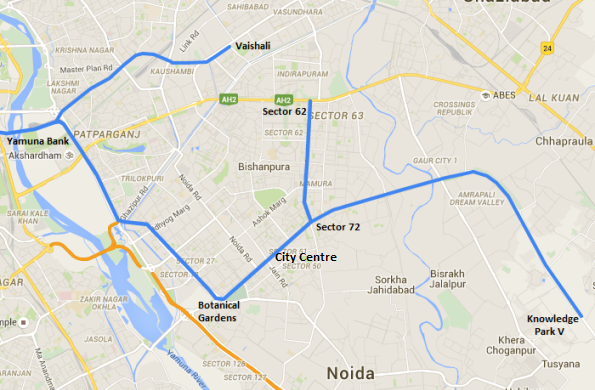 2. This map shows the route of the line if it was to be built as an extension of the Noida-Greater Noida line: 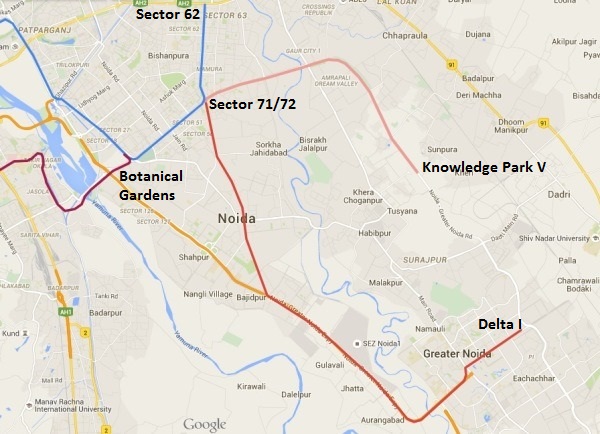 Now that the DPR has been finalized, a memorandum of understanding (MoU) for its construction will be inked in the next six months. First an approval from the Noida and Greater Noida Authorities will be pursued after which they will approach the state government’s approval.

For more updates on Noida’s Metro, check out the Noida & Gr. Noida section of the TMRG!