Construction work on Phase II of Bangalore’s Metro will soon kick off! The BMRCL MD announced that they have completed the land acquisition notification and this month will start giving out compensation to the property owners whose land is required to build the 6.5 km extension of the Purple line from Mysore road to Kengri. The total compensation is expected to exceed Rs 2,300 crore. 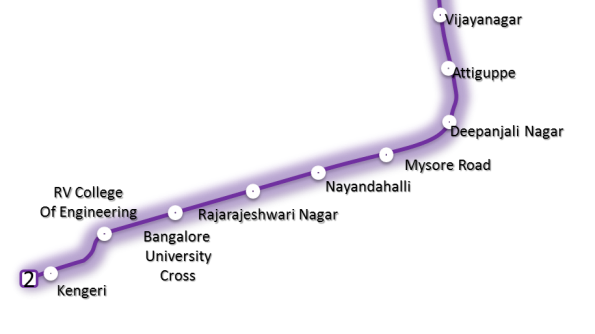 When the land acquisition is wrapped up by mid next month, pre-construction activities will begin soon after.

As a reminder, the construction of part of this extension was awarded to IL&FS Engineering in April (See: IL&FS wins Bangalore Metro contract) who won the contract to construct the 3.9 km elevated viaduct between  Mysore road station to Pattanagere station, including four elevated metro stations at Nayandahalli, Ajarajeshwari Nagar Station, Jnanabharathi Station and Pattanagere.