Civil construction work on Chennai Metro’s cocoon shaped Airport station is now complete! Only minor works, station detailing and ancillary work for metro operations such as track laying & installation of signalling equipment is left. The metro station at the Chennai Airport makes it the second airport in India to be connected with a metro service.

This station is part of the 23.1 km Washermenpet-Airport blue line and its groundbreaking ceremony was held on May 23 2012. The Rs 48 crore contract to build the station was awarded to Lanco Infratech on August 10 2011, but due to tardy work was re-awarded to URC Construction in January 2014. 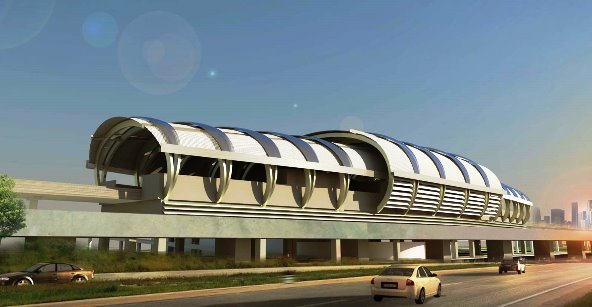 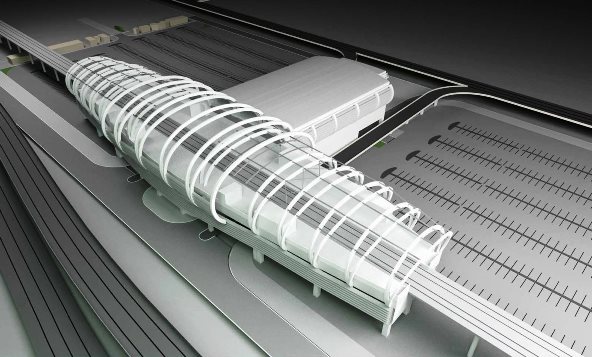 Images of the station during construction: 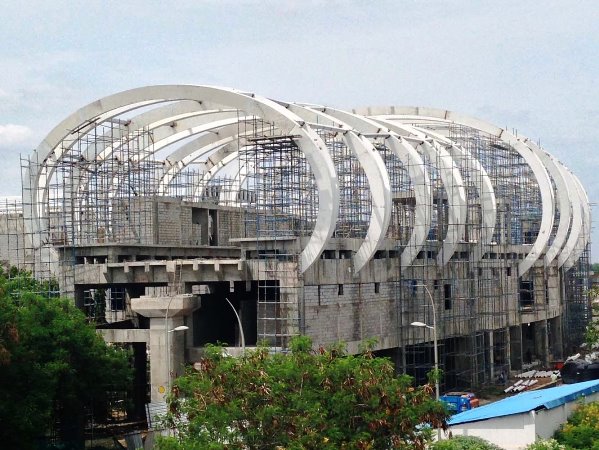 As part of the design, a glass tube link has been constructed between the station and the terminals to allow passengers to easily access one another. 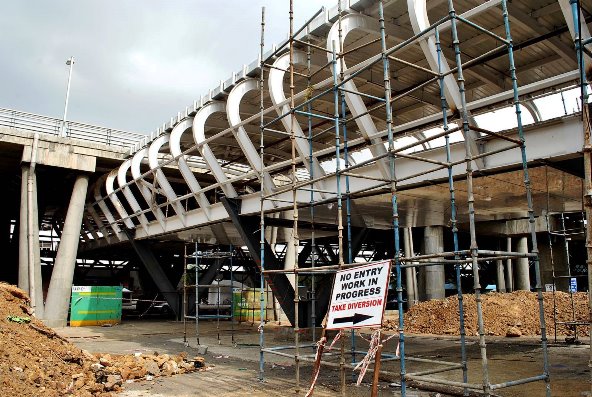 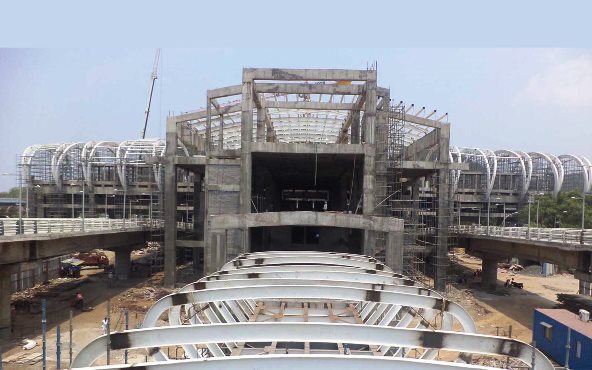 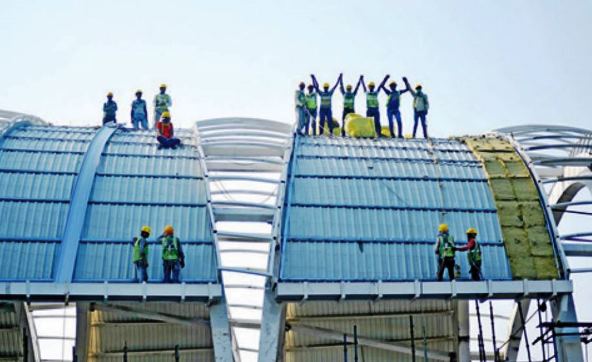 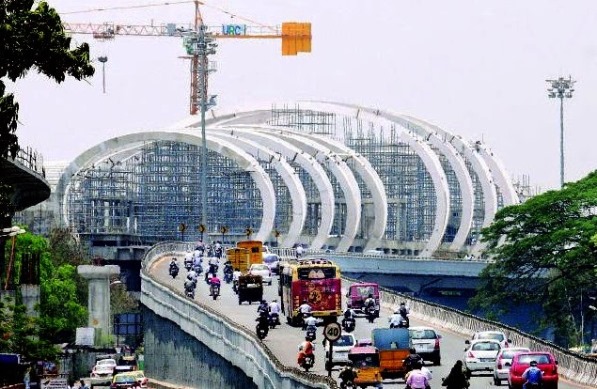 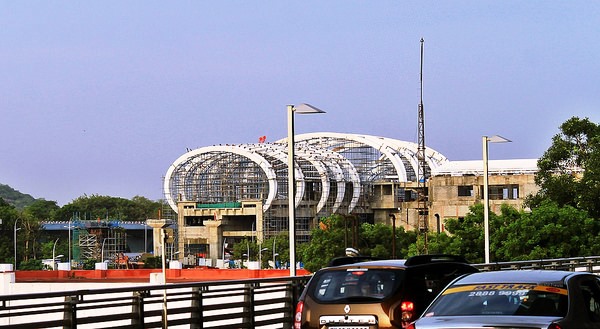 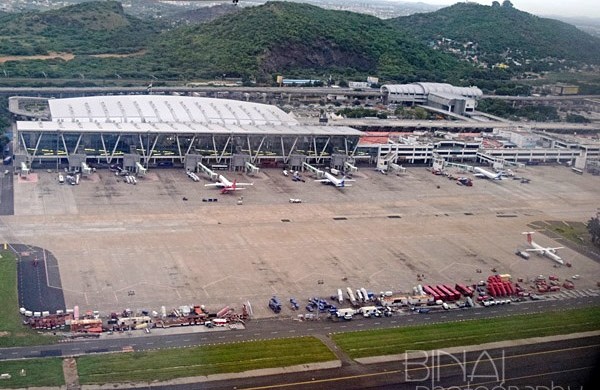 As a reminder, the Chennai Metro will soon start trial runs on the Little Mount – OTA line in October. The Airport stretch will take a little more time since the OTA-Airport stretch includes an underground trench that had to be built in front of the secondary runway’s flight path.