In a move that caught me by surprise, the DMRC via a Press Release has announced up to a 50 per cent cut in the fares of its 22.7 km Airport Express line that runs from the New Delhi Railway station to the Dwarka Sector 21 station via the Indira Gandhi International Airport. It was Rumu Banerjee’s tweets (from TOI) that first made me aware of this development, and I promptly retweeted the news for everyone else. So for future instant updates, you may choose to follow me on Twitter.

What surprised me the most is that this announcement was made even though the DMRC is facing a financial crunch and is looking to increase fares. See: DMRC’s New Fare Proposal Faces Delays 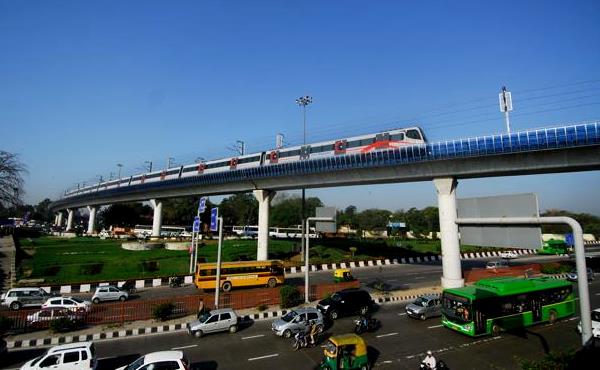 As per the DMRC’s press release, this move is to:

mainly encourage commuters from the Dwarka sub city to travel by the Airport Express line instead of the blue line. This will also help in decongesting the blue line, especially during the peak hours, as it is one of the busiest corridors of the Delhi Metro network. The benefit of lesser travel time on the Airport Express line will also be communicated to the passengers.

Even though the DMRC announced that the fare table will be available on their website, I still see the old fare table on the Airport Express Line’s page. In all probability they will update the table once the fares come into effect this Friday. Until then, here’s a quick graphic that displays just some of the fare revisions between important stations on this line:

Fares on this line were last time reduced by up to 40 percent in July 2014 and that instantly boosted the ridership from an average of 13,000 users/day to 20,000 users/day. Details of that have been documented here: Delhi’s Airport Express shows signs of a turnaround. Recently on August 28, the DMRC recorded 32,000 users – the most this line has ever seen!

Here’s hoping that more users switch to the Airport Express line and see the benefits of reaching their destination in a fancier and smoother manner. The line provides excellent connectivity to the Yellow line (at the New Delhi Railway Station), so taking the Airport Express in my opinion would be an excellent decision if one wants to get to the northern parts of Delhi.