In Bangalore, the Godavari Tunnel Boring Machine (TBM) working on the Green line’s northbound tunnel has finally restarted tunneling towards the Majestic interchange station after a gap of more than a year! As per the BMRCL, it has completed 247 rings out of 649 rings with 5 of these rings installed since tunneling restarted. FYI – a ring is formed by combining precast segments (see pic). 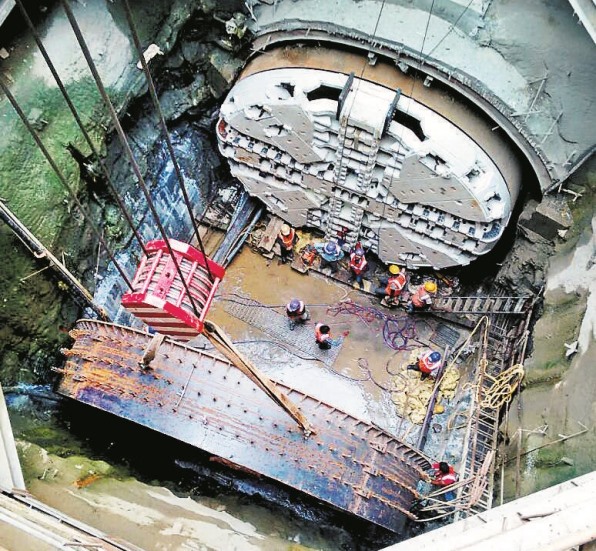 To recap, last year in August, TBM Godavari began tunneling from the North Ramp (just south of Sampige Road station) towards the Majestic (Kempegowda) interchange station. After covering a distance of 352 meters, it ran into hard rock right before the railway line as seen in this map: 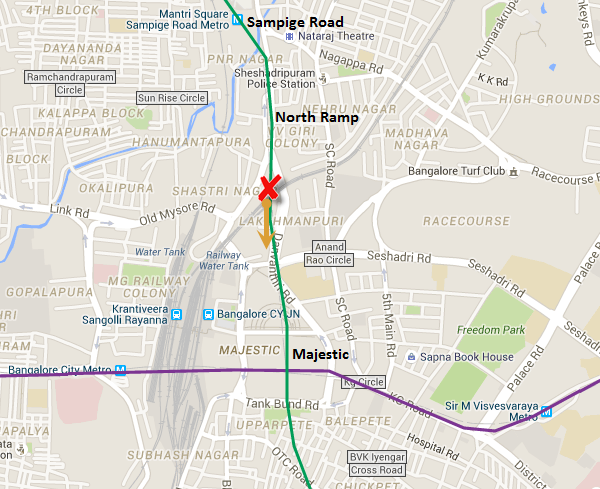 As such, the cutter heard was severely damaged and that rendered the machine immobile for months as a new cutter head worth Rs 5 crore had to be ordered from a company called Palmeiri based in Italy. The original broken cutter head was removed & replaced in July through a vertical shaft specially dug for the purpose as seen below: 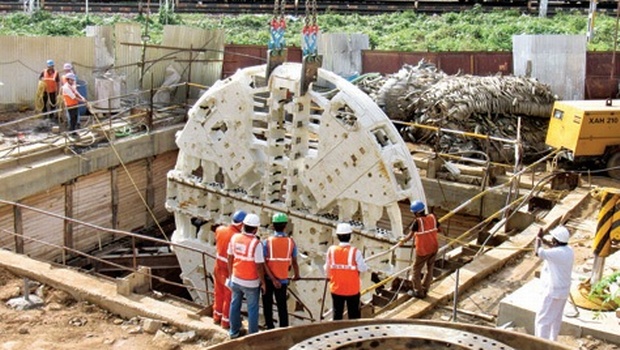 With TBM Godavari back up and running, it now has about 610 meters left to tunnel towards Majestic. Even though the tunneling progress has been awfully poor (See: Dismal Tunneling Progress Made by Bangalore Metro in Last Month), TBM Margarita has done fairly well on this stretch while tunneling from Majestic towards Sampige Road for the southbound tunnel. As per my humble estimate, we should see TBM Godavari make a breakthrough at Majestic only by the end of the year.

Fore more updates on Bangalore’s metro, check out the Bangalore section of The Metro Rail Guy!