The Commissioner for Metro Railway Safety (CMRS) has approved the Bangalore Metro to start operations on the 6.4 km Mysore Road to Magadi Road section of the Purple line! This elevated section is officially referred to as “Reach 2” and will not be connected to the other operational sections until the Magadi Road – Cubbon Park underground section is opened. 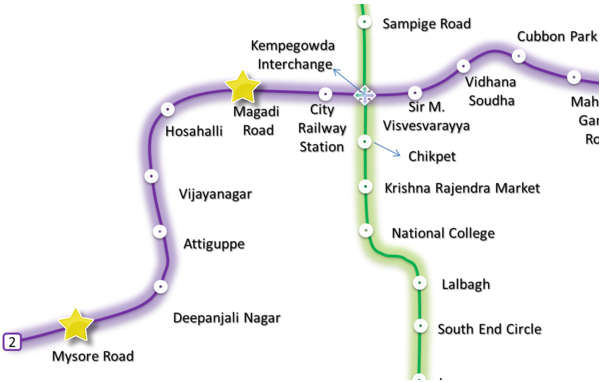 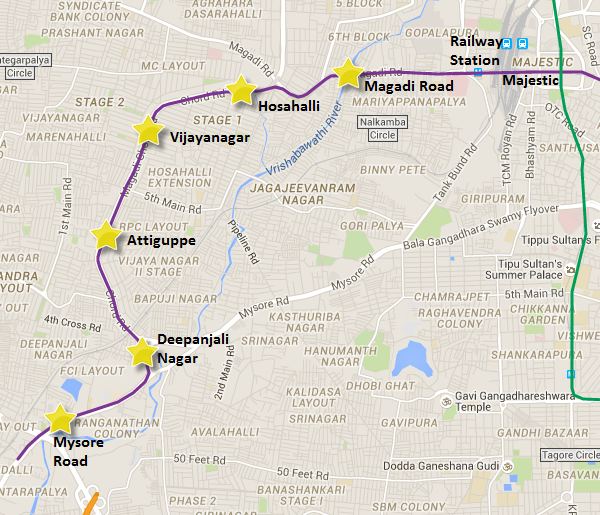 Actual Alignment of Reach 2 from Mysore Road to Magadi Road

As you can see above, this section includes stations at Mysore Road, Deepanjali Nagar, Attiguppe, Vijayanagar, Hosahalli and Magadi Road. Just to recap, trial runs began on March 27 of this year and the CMRS conducted a thorough week long inspection of the line from August 26 (See: CMRS Inspection on Bangalore Metro’s Reach 2 Begins).  Since this section does not have a depot, the BMRCL is racing to complete the installation of all allied systems on one of the underground tunnels so that the trains can make their way from the Byappanahalli Depot (in the eastern part of the city) in the mornings and head back there for some rest & maintenance in the nights.

With the approval from the CMRS given, the ball is now back in the BMRCL’s court and we should soon expect an announcement about the official opening of this section.