March 2017 update – The Jyothipuram Station has made a comeback and will be located exactly where it was struck off below. See a new map here.

Due to land acquisition issues, a section of Bangalore’s Metro’s  Purple line’s extension in Phase 2 has been affected and the Bangalore Metro Rail Corp Ltd (BMRCL) has now decided to alter the plan for 2 stations along the 15.50 km Baiyyappanahalli – Whitefield section. As per the new proposal: 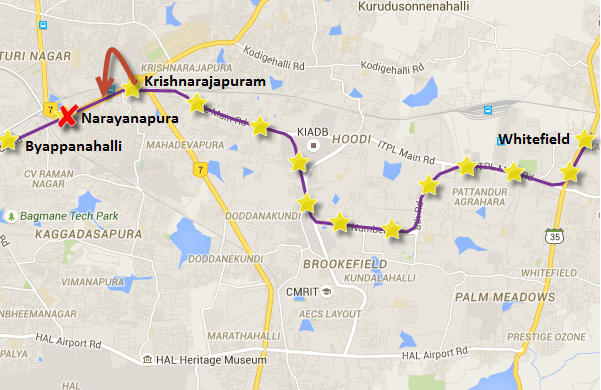 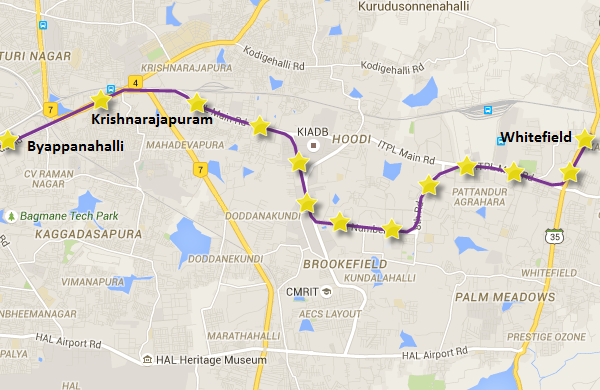 As per one BMRCL official:

The plan changes were okayed during a high-powered committee meeting with the chief secretary at Vidhana Soudha. It is very difficult to acquire land in that area. Moreover, the K R Puram railway line runs on one side of the proposed Reach-I extension. It will not be possible to link the entry on this side of the line with other Metro-related infrastructure on the other side by building stairs. Hence, we have decided to remove Narayanapura from our network and slightly shift the K R Puram Metro station to the left.

As a reminder, April 2016 is the deadline for acquiring land for Phase-II which includes the following lines: