Track installation work on the 25.6 km long Kochi Metro is rapidly progressing on different sections of the elevated line which runs from Aluva to Tripunithura. As a reminder, the track laying work began on the morning of August 24 (for info & images see: Track Laying Work Starts for Kochi Metro).

Here are some new images shot last week at South Kalamassery between the TVS junction & University Signal junction. If you’re not familiar with Kochi’s geography, then you may use this map to see where Kalamassery is. 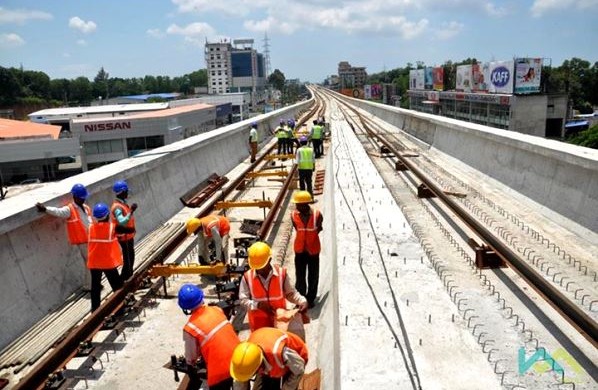 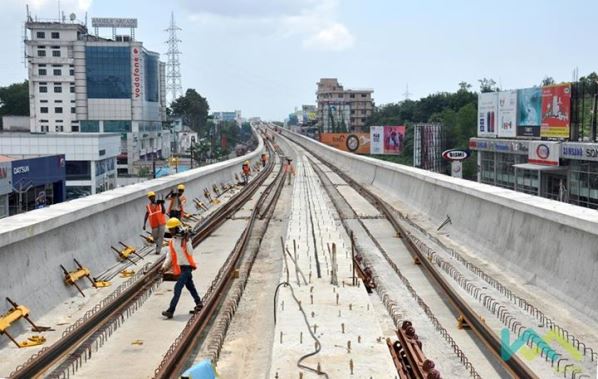 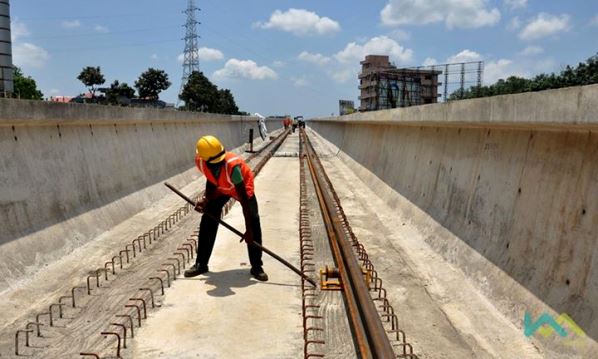 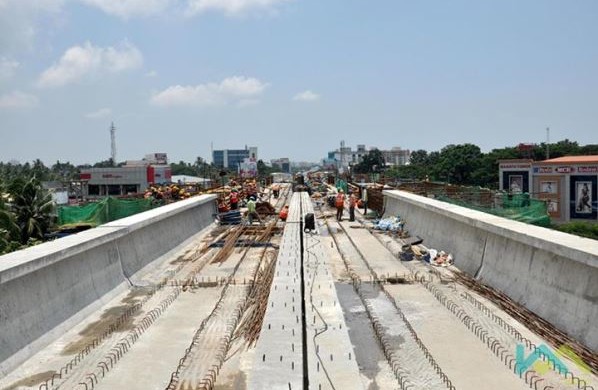 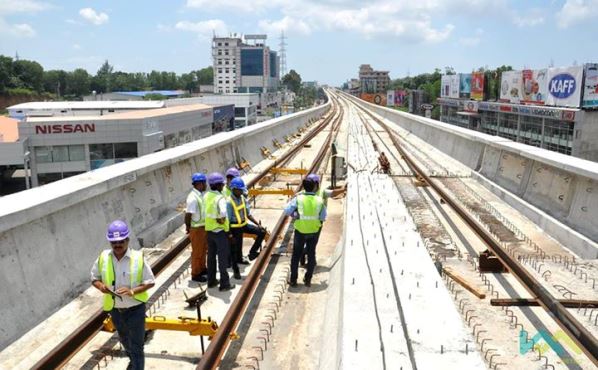 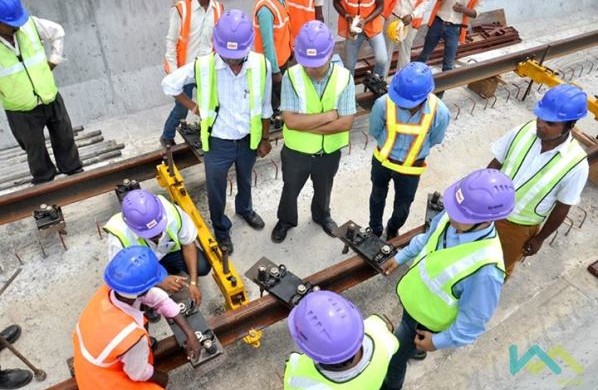 The color of the hard hats can be used to tell the role of each person you see above. 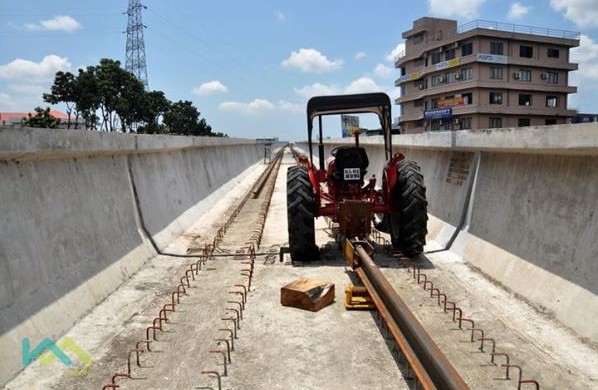