Here’s one such video which also shows E Sreedharan discussing the project’s alignment with officials on-site:

Apart from that, the Andhra Pradesh government has also released a token amount of Rs 10 crore to form the Amaravati Metro Rail Corporation which will execute the metro’s construction and later manage it when operational, similar to the DMRC & BMRC. The funds issued will be put to immediate use by the DMRC which is the project consultant to start preparatory works. 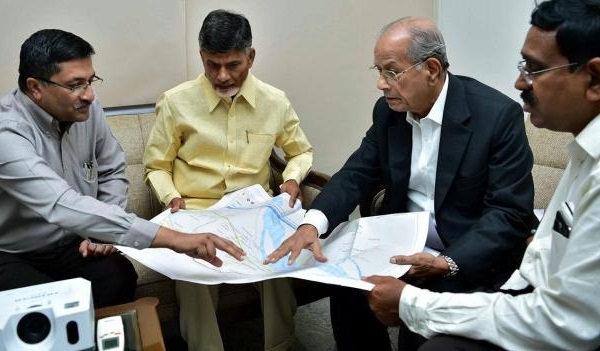 As a reminder, just a couple days ago the DMRC invited tenders for two sections of the 13.27 km elevated line-2 from Pandit Nehru Bus Station (PNBS) to Nidamanuru – see: DMRC Invites Two Tenders to Build Vijayawada’s Metro from PNBS to Nidamanuru

For more updates on Vijayawada’s Metro, check out the Vijayawada section of The Metro Rail Guy!