Following in the footsteps of the Delhi Metro, according to a recent report in The Hindu, the Chennai Metro Rail Limited (CMRL) is looking into the possibility of tapping solar energy by installing solar power panels at its Koyambedu Depot. As per one official, while a formal decision is yet to be made, the CMRL is planning to generate about 1000 kW (1MW) of power.

The Koyambedu Depot was built at a cost of Rs. 198 crore on a land parcel that sprawls over 26 hectares and serves both Line-1 from Washermanpet to the Airport and Line-2 from Chennai Central to St. Thomas Mount. As you can see in the above Google Earth satellite view, there’s plenty of roof space to place solar panels similar to how the Delhi Metro Rail Corp placed panels with a total generation capacity of 1.9 MWp on the recently inaugurated Faridabad section of the Violet line. 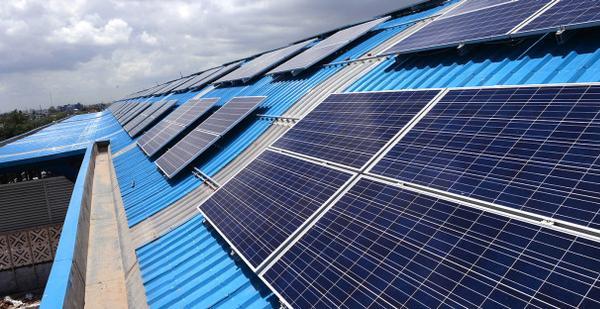 Whenever the solar power plan at the depot is formalized, I’ll be sure to post more details about it. Until then, for information, images and a cool little walkthrough video on the Koyambedu depot, check out: Tour of Chennai Metro’s Koyambedu Depot.