Despite being ready for months, the 8 km National College to Puttenahalli section of the Green line is facing a predicament for absolutely no reason of its own. The reason? There’s no link to the line’s Peenya Depot (in the north side of the city) due to the dismal tunneling progress made over the past one year between the line’s north ramp (south of the Sampige Road station) and south ramp (north of the National College station) which will take at least 5 months to complete. 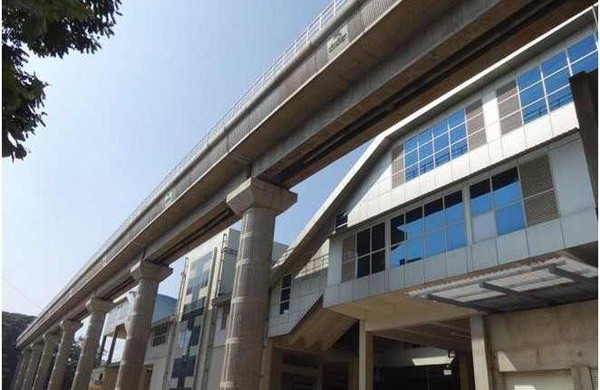 Seeing this scenario unfold, the Bangalore Metro Rail Corp Ltd (BMRCL) in May had called for tenders to transport the coaches on the trailers of trucks and then airlift them using cranes onto the Green line’s  National College to Puttenahalli section, similar to how coaches were lifted onto the Delhi Metro’s Violet line in 2010 before the start of the Commonwealth Games and how Gurgaon’s Rapid Metro trains were lifted in 2012. 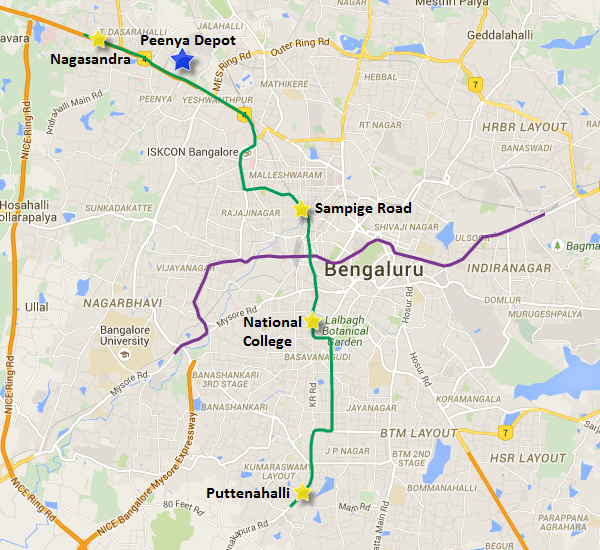 The National College to Puttenahalli section comprises of 2 elevated sections: 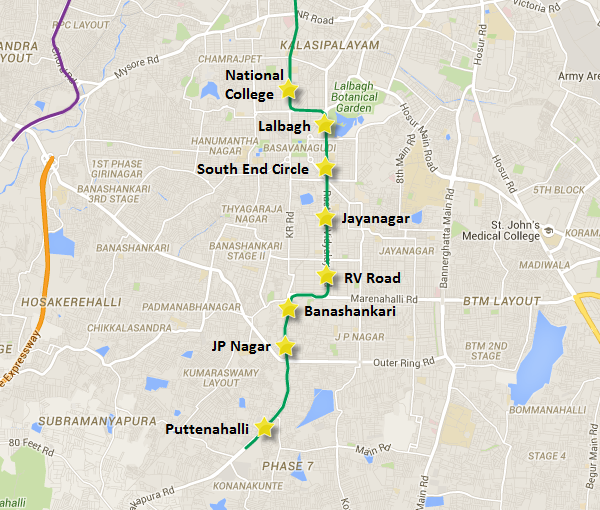 Now as per a recent report in the Deccan Chronicle, the BMRCL has decided to shelve this plan and wait until the tunneling work for at least the southbound tunnel is over.

According to Vasanth Rao, the GM of Finance of BMRCL:

The technical evaluation team assessed the project and decided not to go ahead with the project. Moving the huge equipment to lift the train is a huge constraint. We will wait until the underground section is over. As soon as one line of tunnels is through, we will push a train like we did through Cubbon Park to start trials at Reach 2. We are hoping that by December we will be able to push a train through the tunnel.

While this makes the wait for people in south Bangalore a little longer, from a financial standpoint it makes perfect sense. By running stand-alone lines between Baiyyappanahalli to MG Road (Purple line) and Sampige Road to Nagasandra (Green line), the BMRCL hasn’t quite seen the type of ridership/patronage it was expecting and as such it has not been able to even become operationally profitable. Opening yet another stand-alone line would not help it and since this section doesn’t have a depot, it would become quite an arduous task to provide basic maintenance, cleaning & repair – all of which are required to successfully run operations on a metro line. As per my estimates, the earliest the trial runs could only begin by is March.