If you follow me on Twitter, then you’re probably already aware of this development! But if not, then the Delhi Metro Rail Corp yesterday quietly crossed another construction milestone on its new 36.98 km Magenta line. A TBM deployed by the Pratibha-FEMC joint venture company for contract CC-23 made a successful second breakthrough on the west-bound “up line” tunnel at the Panchsheel Park station just a month and half after its first breakthrough here.

The TBM started tunneling eastward from the Hauz Khas station (interchange between the Yellow & Magenta lines) earlier this year and traveled approximately 1.3 km along the Outer Ring Road to make a breakthrough at the Panchsheel Park station. 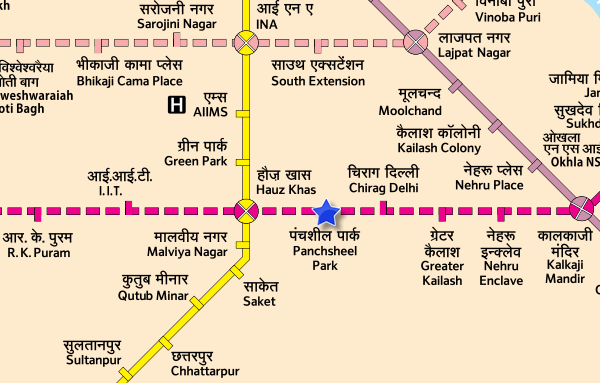 Image of the breakthrough: 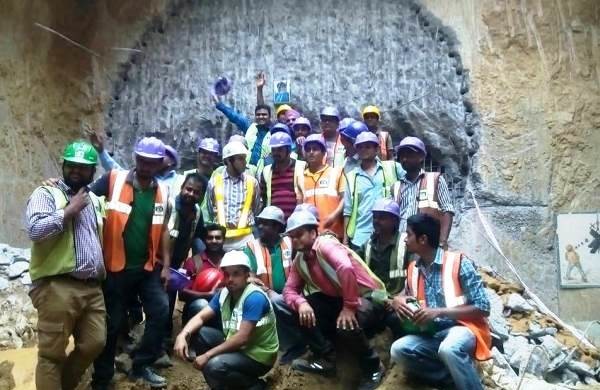 As you can see, they made a “soft” breakthrough here and will tear down the concrete “eye” of the tunnel over the next couple of days to retrieve the TBM. With this breakthrough completed and out of the way, the twin tunnels between Munirka – RK Puram – IIT – Hauz Khas – Panchsheel Park are now complete! . Update: Strike that. Tunneling is already in progress between Panchsheel Park – Chirag Delhi.