FEMC-Pratibha, the Delhi Metro’s contractor for the Pink line’s underground section between Moti Bagh and Lajpat Nagar (CC-18) has over the past couple of days started lowering parts of a TBM to tunnel and connect the RK Puram shaft on the Ring Road with the Bhikaji Cama Place station in south Delhi.

As per an engineer working on the project, tunneling will begin in mid December as other parts of the TBM need to be lowered and the site needs to be prepared. The tunneling distance between the two points is roughly 400 meters, so a breakthrough can be expected to take place as early as February 2016.

Satellite imagery of the RK Puram shaft from where the TBM will be launched: 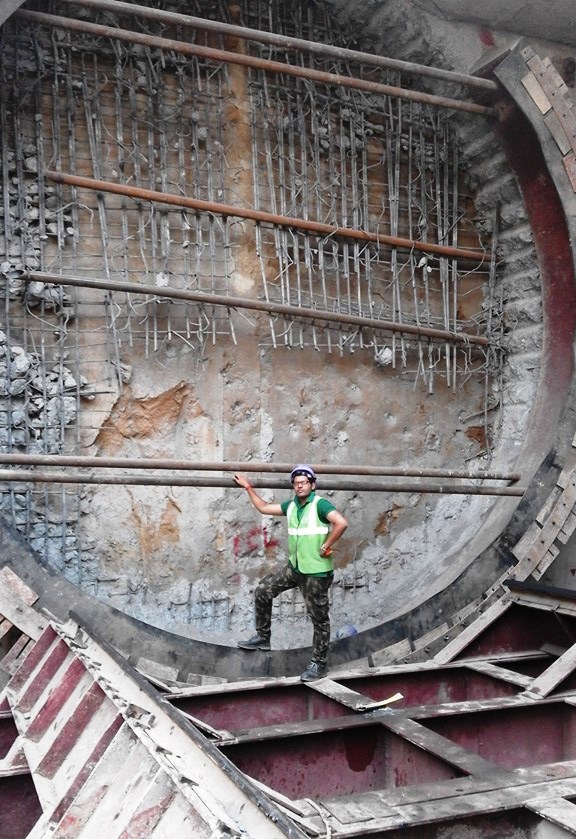 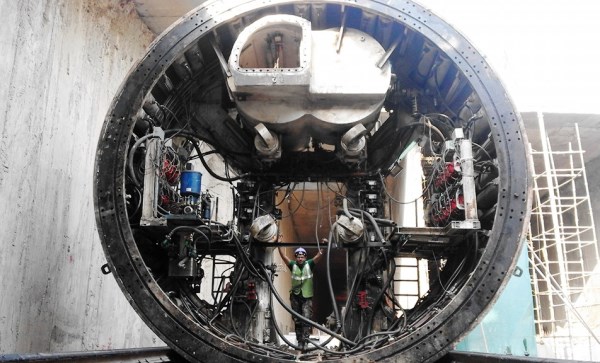 In the above image, the ramp leading to the elevated section at Moti Bagh is visible in the background. From the TBM’s location within the shaft, it can also be instantly known that this TBM will bore the westbound tunnel in which trains will run from Bhikaji Cama Place to RK Puram and beyond. 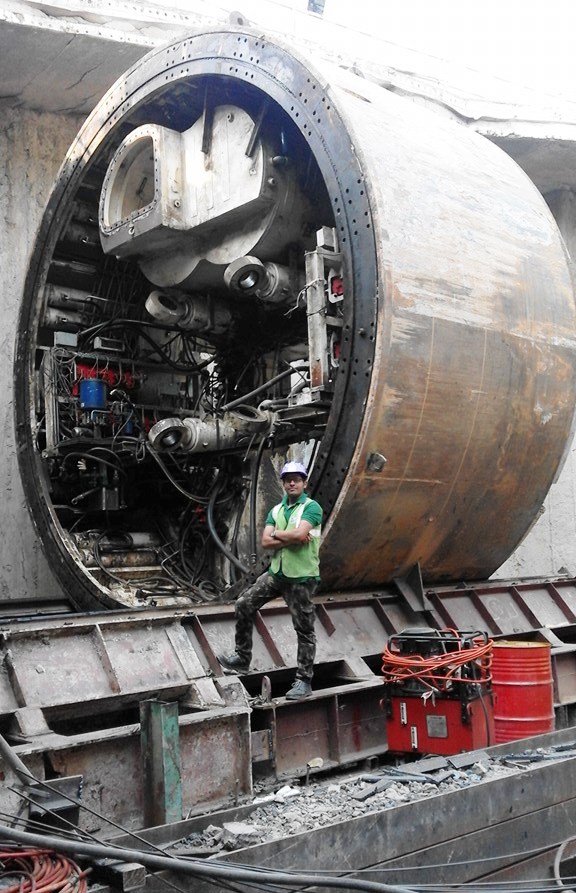 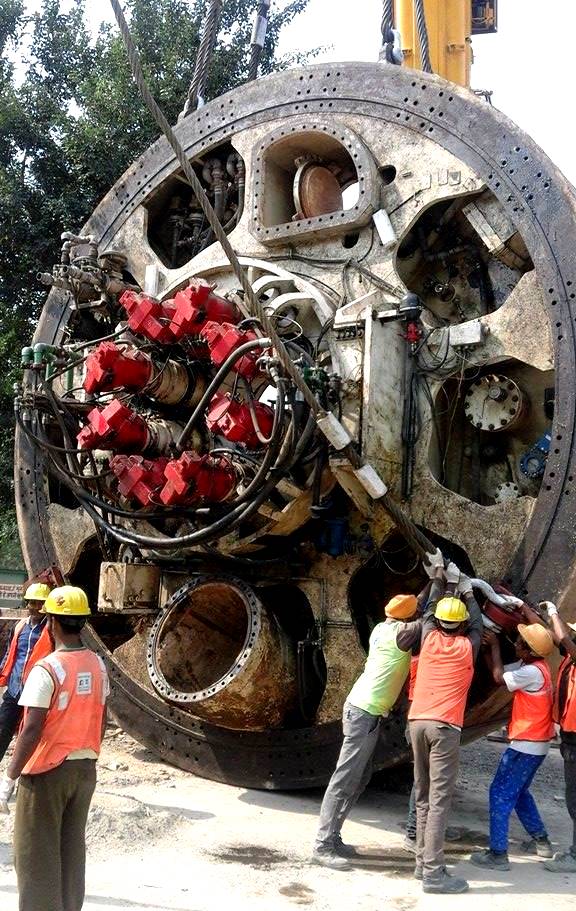 Front shield about to get hoisted and delivered into the shaft – Photo Copyright: Abhishek Anand 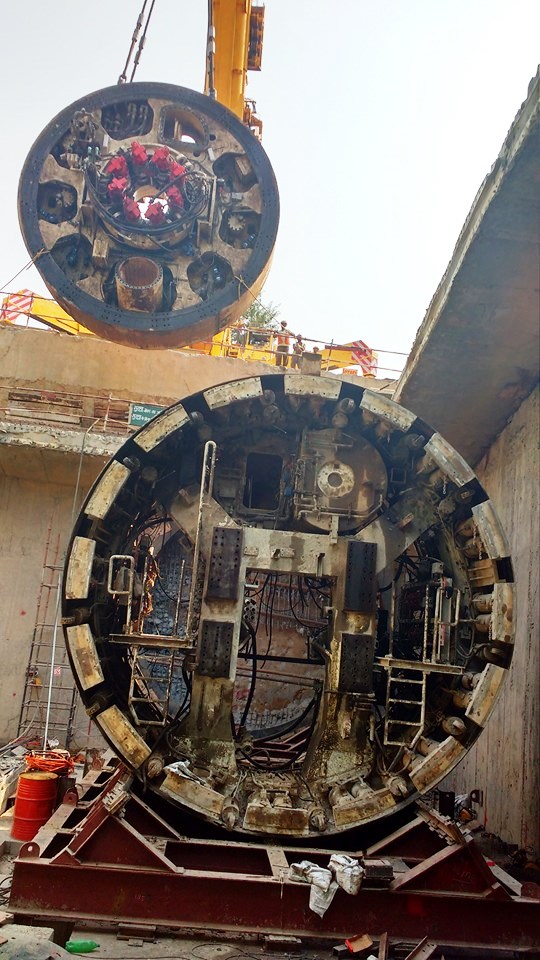 As a reminder, on the CC-18 section which connects the RK Puram shaft – Bhikaji Cama Place – Sarojini Nagar – INA – South Ex – Lajpat Nagar, the following breakthroughs are left to be made: