This is getting a little predictable and annoying.

Yesterday & today’s (Oct 28 & 29) scheduled inspection of the Delhi Metro’s 4.49 km Jahangirpuri – Samaypur Badli section of the Yellow line by the Commissioner of Metro Rail Safety has been cancelled yet again. This time around, no excuse or reason has been provided. The CMRS has however provided new dates of November 4 & 5.

While the line has been ready since early September, the CMRS has consistently been delaying the line’s inspection without which the Delhi Metro Rail Corp cannot begin commercial operations. As a reminder, the DMRC had initially applied & invited the CMRS on September 9 following which the CMRS agreed to inspect the line on October 12 & 13. That inspection got cancelled due to “unavoidable work” following which the CMRS agreed to inspect on October 28 & 29, and now the inspection has been cancelled for the second time.

Here’s a new image of the Haiderpur station from the Delhi Metro’s recently released October 2015 update – see more images of all lines here. 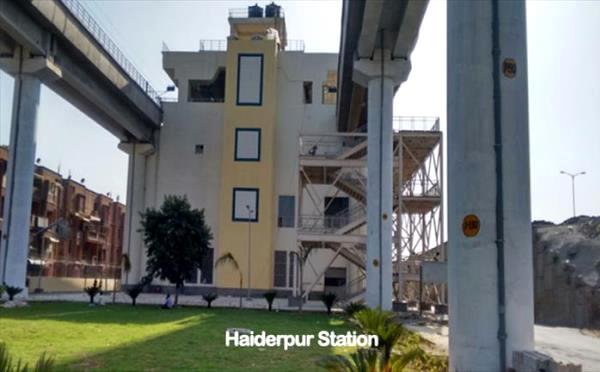 The Haiderpur station on this line is the most unique station on the entire Delhi Metro network as it has been designed in such a way so that it can also serve the platforms of Line-8 (Magenta) when it gets extended to this part of the town from Janakpuri West in Phase IV. As seen above, the station consists of 5 floors of which the first 2 will used for commercial purposes, the 3rd will serve as the station’s concourse, the 4th will cater to Line 2 (Yellow) while the 5th will eventually cater to Line-8 (Magenta).