As per a report from last week, discussions related to the construction (and existence) of the Mominpur station on Kolkata’s 16.72 km Joka – Esplanade line will finally and formally be held today between the state government’s Home Department and Defence authorities at a Civil Military Liasion Conference in Nabanna Bhavan.

As a reminder, the Defence Ministry had rejected plans to allow the construction of this station on a 2,500 sq m land parcel adjacent to the army’s Command Hospital due to security reasons. The Rail Vikas Nigam Ltd (RVNL) & Rail India Technical and Economic Service (RITES) had estimated that this will be the most used station on the line, and without it, extending the line further north to Esplanade will not be viable as the distance between the two adjacent stations at Majerhat and Kidderpore will be nearly 3 km.

Here’s a satellite view of the proposed location of this station on Diamond Harbor Road: 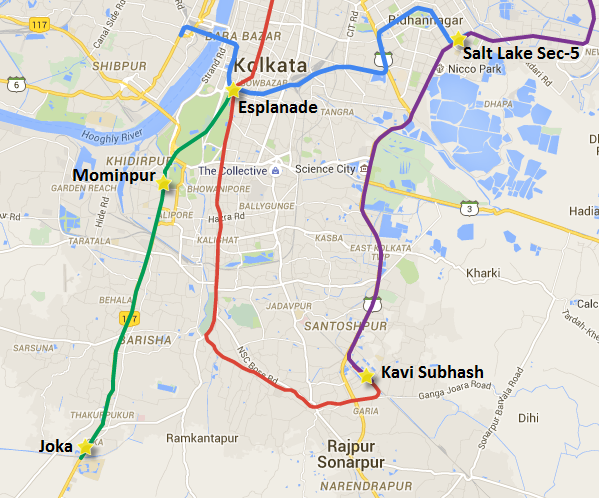 Location of the Mominpur station on the Joka-Esplanade metro line

Similarly, the 4 year old issue related to another station proposed at Kolkata’s Maidan area (defence land yet again) will be discussed. Even though the Defence authorities had given their in-principle approval for the line to pass underneath the Maidan, a formal approval is awaited.