The team of J Kumar-CRTG & Terratec working on CC-20 of the Delhi Metro’s Phase 3 project has completed dragging their TBM #1 across the entire length (~200m) of the 58.6 km Pink line’s Naraina Vihar station! This TBM had made a breakthrough at the Naraina Vihar station from the Delhi Cantt. side on October 5. Towards the end of October, the team began dragging it using hydraulic jacks on guide rails towards the other end of the station so that it can embark on one final tunneling drive towards the Mayapuri shaft. Besides completing this task, the team has also now started dragging TBM#2 and should have it completed by the end of this month.

Images of TBM#1 now at the northern end of the station: 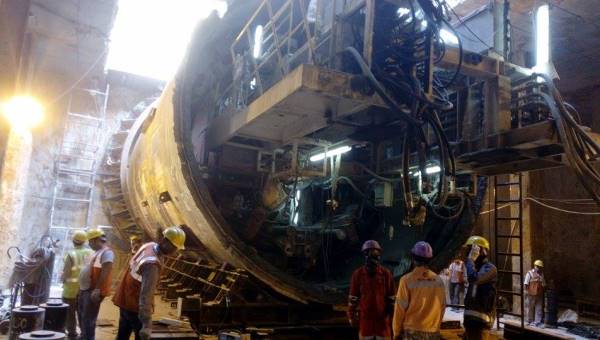 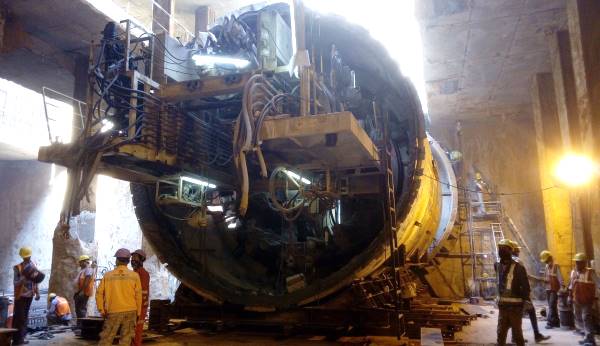 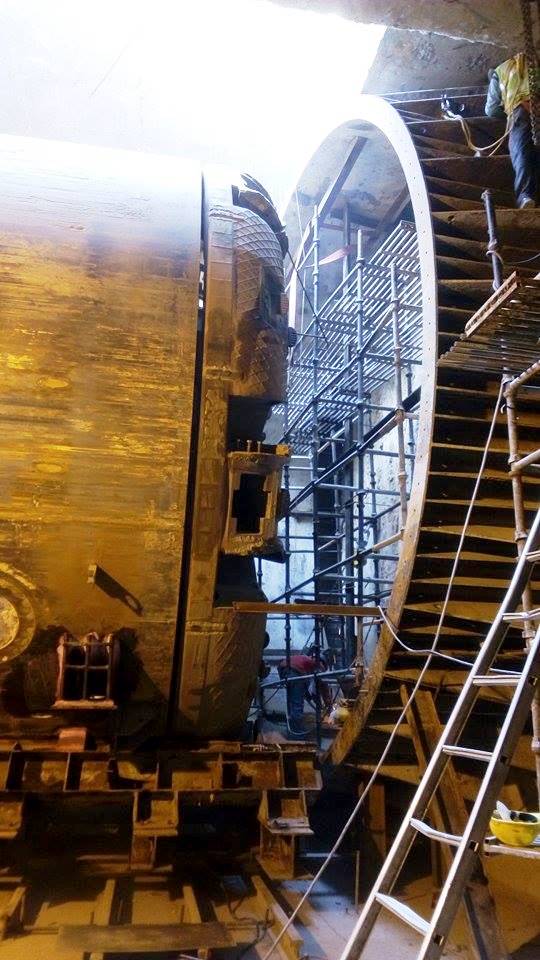 TBM#1 at the eye of the tunnel – Photo Copyright: Abhay Kumar 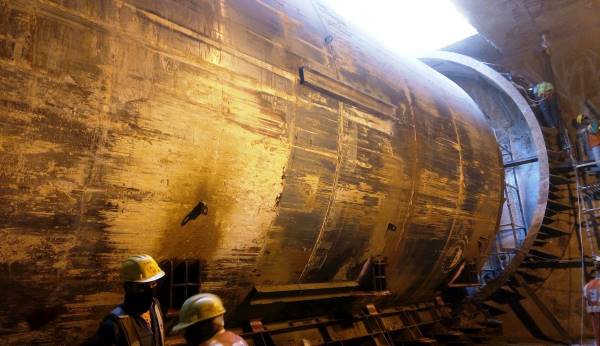 Images of TBM#2 being dragged across the station: 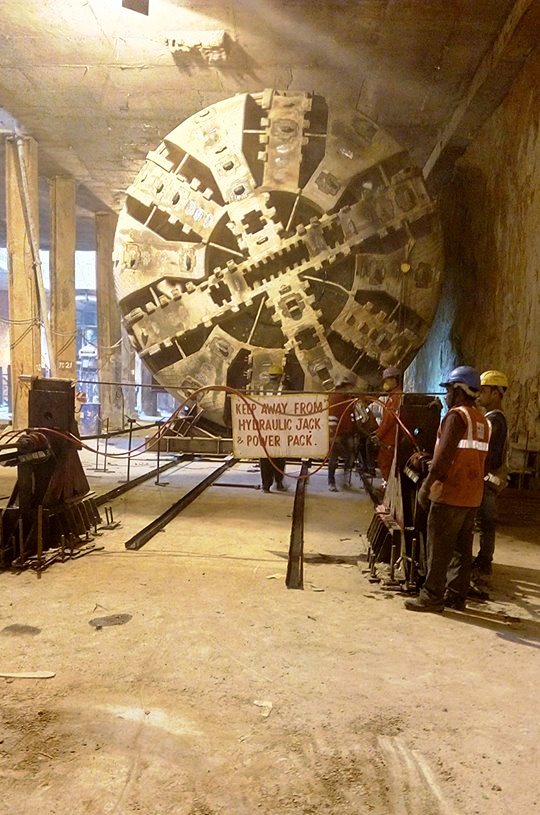 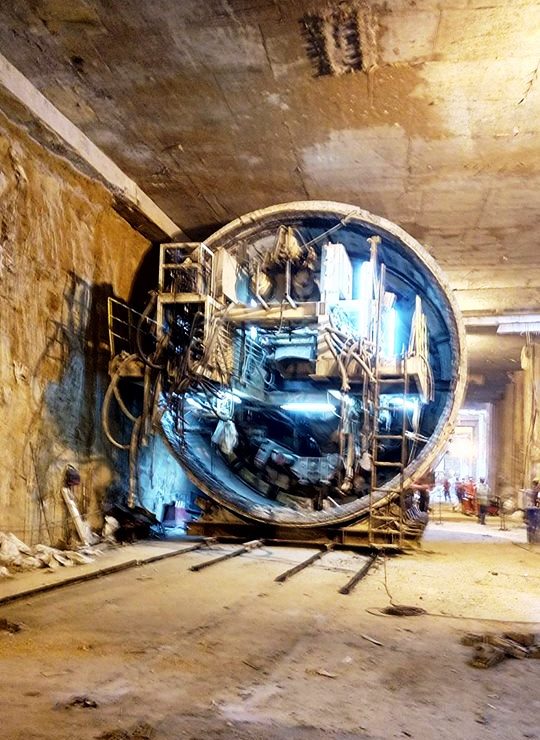 The team will now take roughly a month to prepare TBM #1 for one final 310m journey towards the Mayapuri shaft (alignment shown below). That tunneling drive shouldn’t take more than 3 months to be completed and I expect it’ll make a breakthrough in February!