As per a new report, UPS Madan – the Mumbai Metropolitan Region Development Authority’s Commissioner has revealed that the Manjara Charitable Trust has given its in-principle nod to transfer its 48 acre land in Malwani (Malad) to build Mumbai Metro’s Line 2’s depot! Line-2 in its first phase will be 18.6 km long and will connect Dahisar with DN Nagar.

This good news comes just two weeks after the Airports Authority of India (AAI) also agreed to transfer their land in Dahisar to facilitate the construction of the 16.5 km Dahisar (E) – Andheri (E) line’s depot. 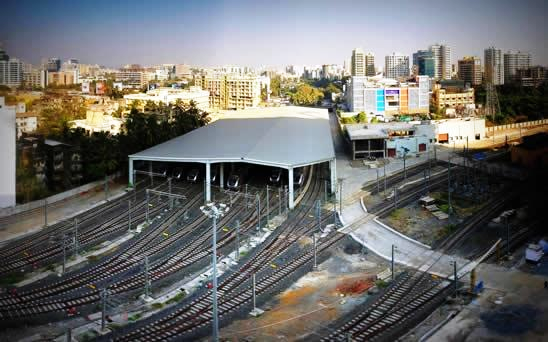 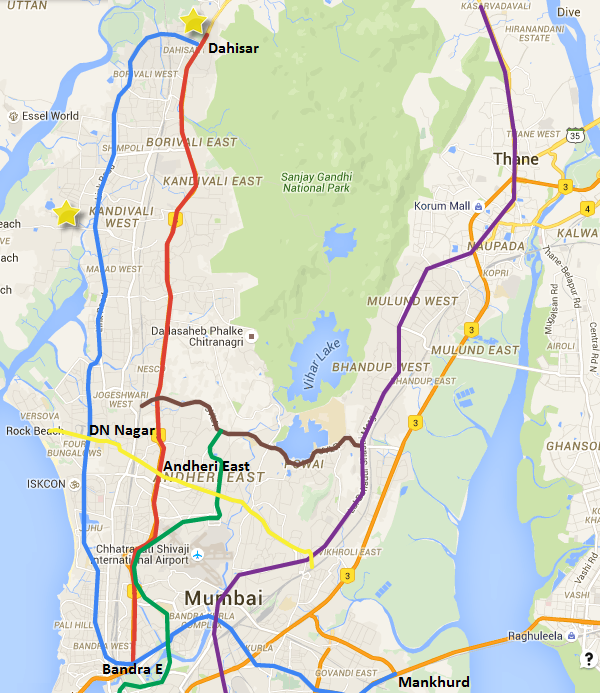 Satellite view of the site:

According to the 1991 Development Plan, this site was reserved for a recreation ground, government staff quarters and government offices, so now the Maharashtra state government’s Urban Development department will issue a notification to declare its intention to change the plot’s reservation to build a depot.

As reminder, this line will be executed by the Delhi Metro Rail Corporation which formally got appointed last month by the MMRDA’s Executive Committee. Bid documents for its civil construction are currently being finalized and will be floated by mid-December following which contractors are expected to be appointed by March 2016.