Despite rains wreaking absolute havoc on Chennai over the past 2 weeks, the Chennai Metro Rail Corporation has continued to run regular services on its 10 km elevated line between Koyambedu and Alandur despite its sole depot located at Koyambedu being inundated. The flooding here is clearly not as bad as low lying areas in other parts of the city, but it is substantial.

Here are two images of the depot shot yesterday: 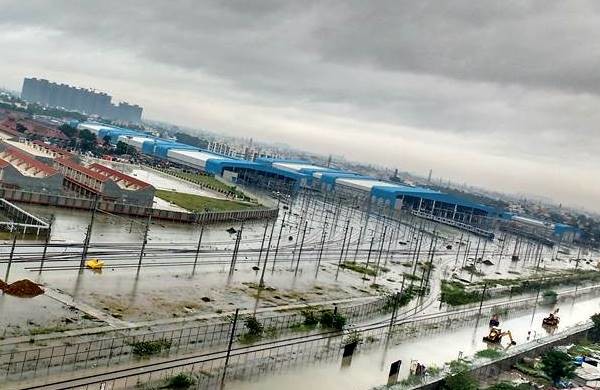 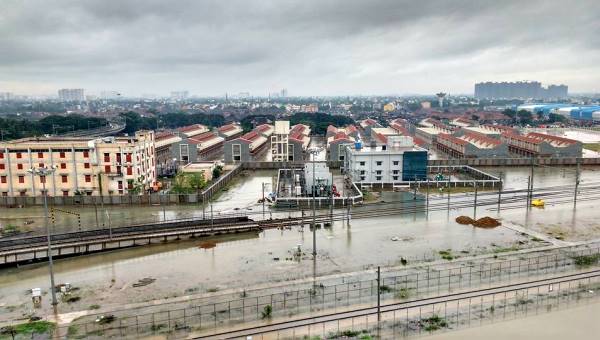 In the last week of November, the Chennai Metro became a savior for many as the city witnessed heavy rain in a short span of time. As per a report in The Hindu, while usually 10,000-12000 people use the metro on weekdays, at least 10,000 people used the line in about fours on November 23! Trains ran full and the CMRL decided to extend its services till 11:30 pm.

With rains’ intensity again shocking people & bringing the city to knees on December 1, CMRL has again extended its services for the next few days. The last train from Koyambedu will leave at 10.40 p.m. and from Alandur at 11 pm.

For more updates on the Chennai Metro, check out the Chennai section of the The Metro Rail Guy!