The design theme of the Kalamassery station on the 25.6 km Kochi Metro line has been approved & revealed to the public! As I had written in August, the Western Ghats’s landscape & flora have been adopted as the interior theme for all 22 stations on this line.

These designs have been prepared by Tata Elxsi which functions as the Kochi Metro’s overall design consultant for making the system comfortable & easy to use. They’ve also helped prepare the design of the 25 train-sets that were unveiled in September. The first of the 25 trains is expected to arrive at the Muttom Depot from Alstom’s Indian plant located at Sri City, Andhra Pradesh later this month.

Coming back to the station – As per the Kochi Metro Rail Corp, the exterior of all stations will have similar designs but will come with unique doorways. The Kalamassery station’s design has been inspired by the monsoons with plenty of raindrops and green leaves to showcase its beauty as you can see below: 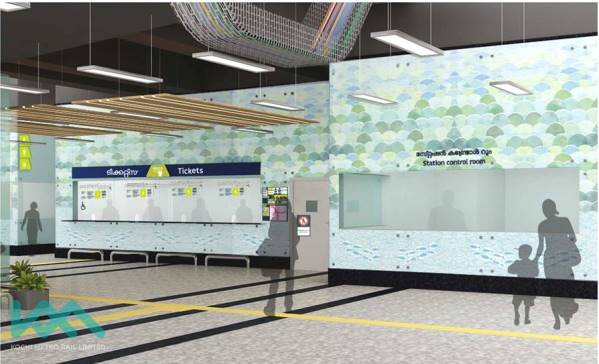 Hornbill – The state bird of Kerala will be featured towards the left of the ticket counter: 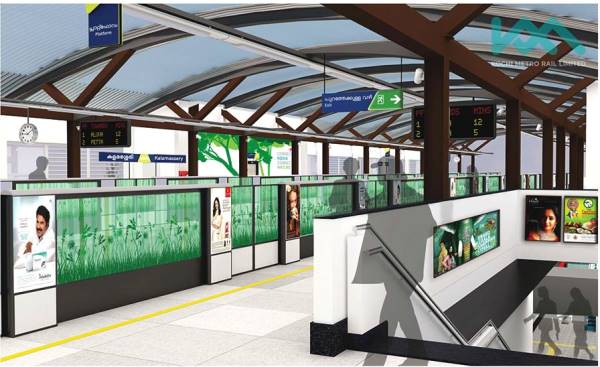 FYI – The plan to install platform screen doors (as shown above) has been put on hold due to their high cost.

As a reminder, here are the other stations & their respective themes that have been revealed so far: