Bangalore Metro Will Shut Down Purple Line Next Week For Testing

December 6 Update: Only Reach 2 is scheduled to be closed. Operations on Reach 1 will continue as normal.

Reach 1 and 2 of the Bangalore Metro’s Purple line are going to shut down next week…not indefinitely of course! 🙂

After conducting full length trials from 6-8 am and 8-10 pm between Baiyappanahalli & Mysore Road stations last month, the Bangalore Metro Rail Corp is now ready for more testing! They just announced that starting this Monday (December 7), operations on both Reach 1 (Baiyyappanahalli to MG Road) and Reach 2 (Magadi Road to Mysore Road) will be suspended for a period of 4 days until Thursday (December 10). This is being done in order to conduct more rigorous testing of all components (signalling, electrification, train interaction etc.) of the underground section from Magadi Road to Cubbon Park of the 18.1 km Purple line. 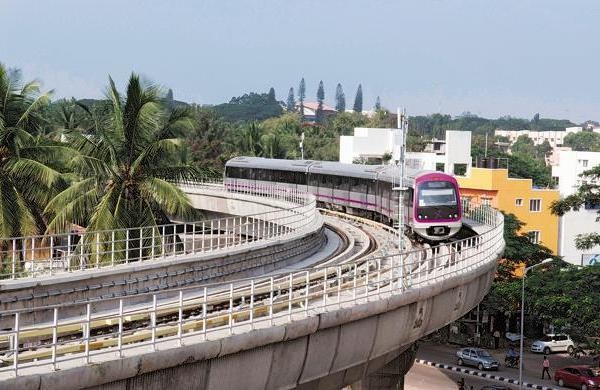 These tests will go on until Thursday (Dec 10) after which commercial operations will resume on Friday with new timings & frequencies as listed below:

Here’s a map that shows the different sections of the Purple line: 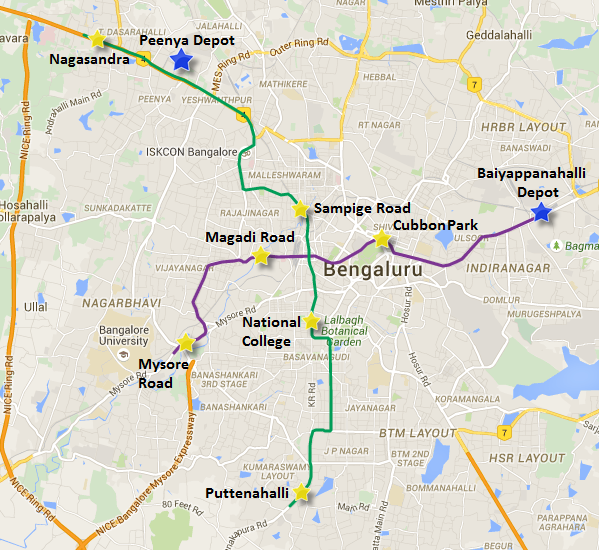 Following these tests, the BMRC is expected to invite the Commissioner for Metro Rail Safety (CMRS) to inspect the underground section of the line. I reckon the inspection will take place in January 2016 and commercial operations will begin in March/April 2016.