As expected, FEMC-Pratibha – the Delhi Metro’s contractor for the 58.59 km Pink line’s underground section between RK Puram and Lajpat Nagar (CC-18) has started tunneling on the westbound up-line tunnel between the RK Puram shaft and the Bhikaji Cama Place station!  Many images of the contractor lowering the Tunnel Boring Machine (TBM)’s parts in October can be seen here.

The tunneling distance between the two points is roughly 400 meters, so a breakthrough can be expected to take place as early as February 2016. However, a small delay of about a month could take place as the contractor cannot deploy a typical gantry crane (see example) in the middle of the busy Ring Road to remove muck. Due to that constraint, a crane with a lifting capacity of 300 tonnes will be deployed and this is expected to slow things down by a month. The official deadline for completing this section is May 25 2016, so this won’t be an issue at all as far as deadlines are concerned. 🙂

Satellite imagery of the RK Puram shaft from where the TBM has been launched: 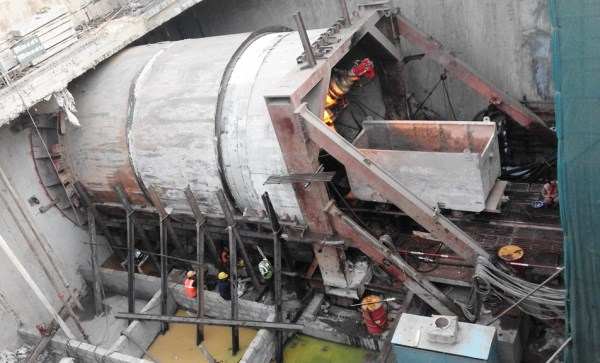 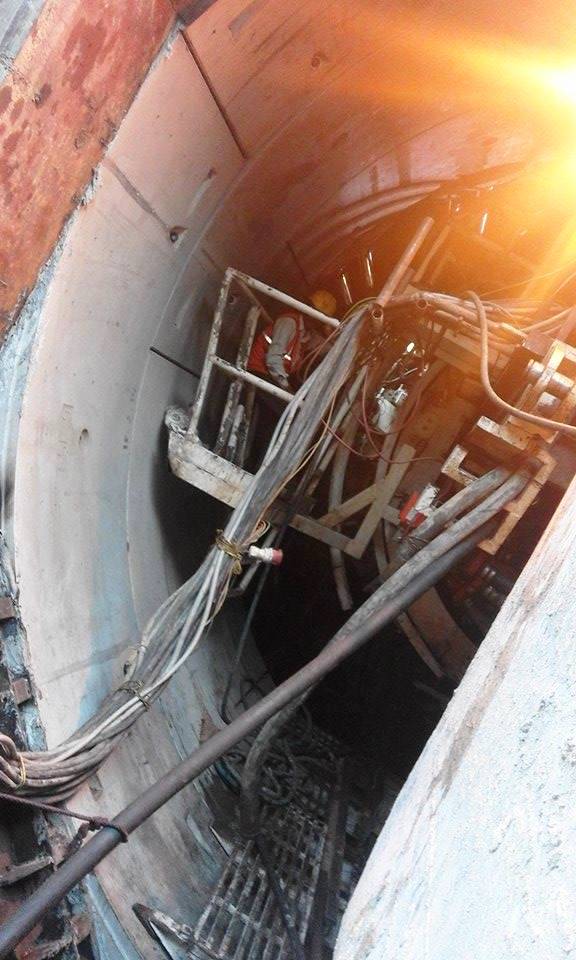 Looking inside at the TBM’s rear-end – Photo Copyright: Abhishek Anand 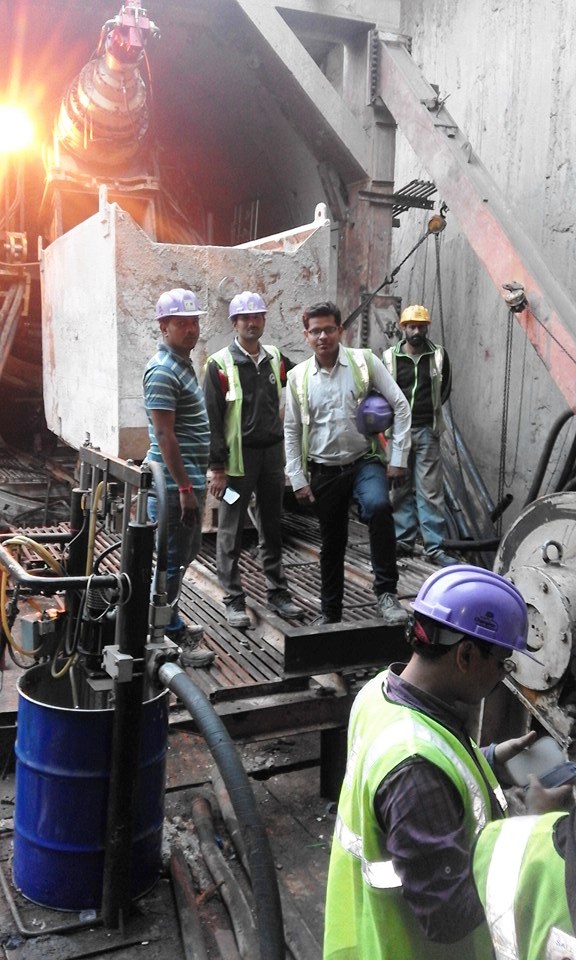