Senior officials from the Kochi Metro Rail Ltd and Delhi Metro Rail Corporation recently visited the 25.6 km Kochi Metro’s Muttom Depot to review its progress since the first Alstom built train-set is expected to arrive in the coming weeks. Earlier, it was supposed to arrive in mid December, but due to the recent rains in the Chennai region where Alstom’s plant is located, its shipment has been delayed and is now expected to arrive by the end of the month or in early January.

The depot’s shed in the image below appears to be nowhere near completion. While that does not matter as far as trials are concerned, it is something that must be ready by the official planned start date of June 2016. On a side note, the Lucknow Metro’s depot’s shed is at about the same stage of completion despite work having started two years after Kochi’s. 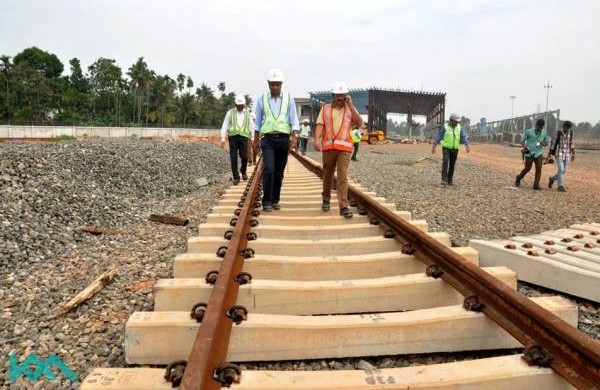 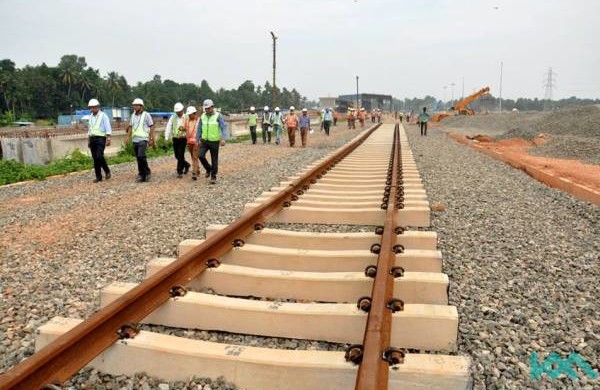 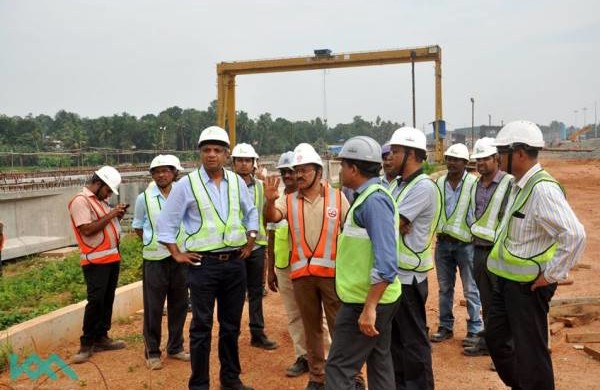 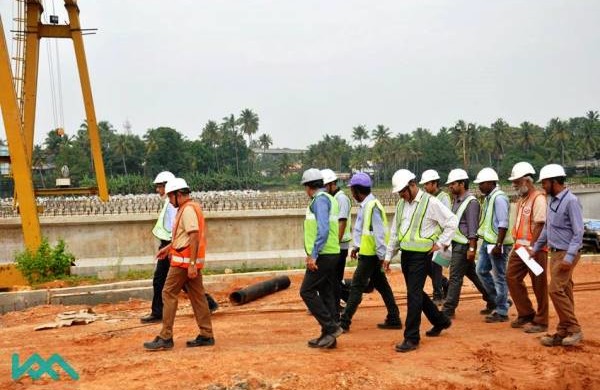 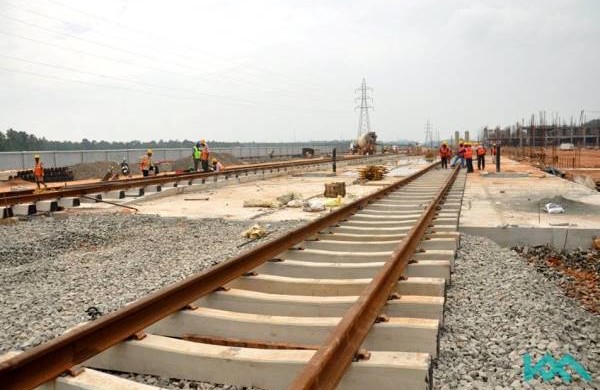 The KMRL is pushing the DMRC & its contractors to start trials in February 2016, but looking at the progress of the ramp which’ll connect with the main line, that seems unlikely. I expect testing to be carried out within the depot for at least the next 4 months. 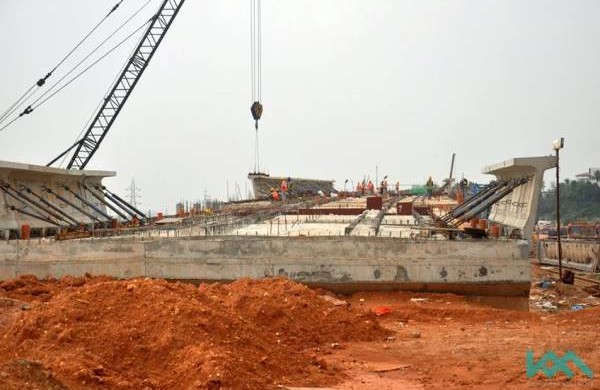 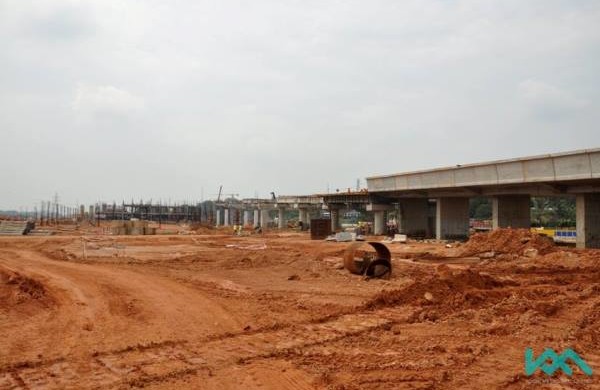 The KMRL has been under a lot of pressure to deliver the line by the time the election code for the Kerala state assembly elections in June 2016 comes into effect. Earlier the plan was to make a ~12 km stretch from Aluva to Palarivattom operational, but the prospects of that have become bleak. At the most, they’ll be able to showcase that trial runs have begun.